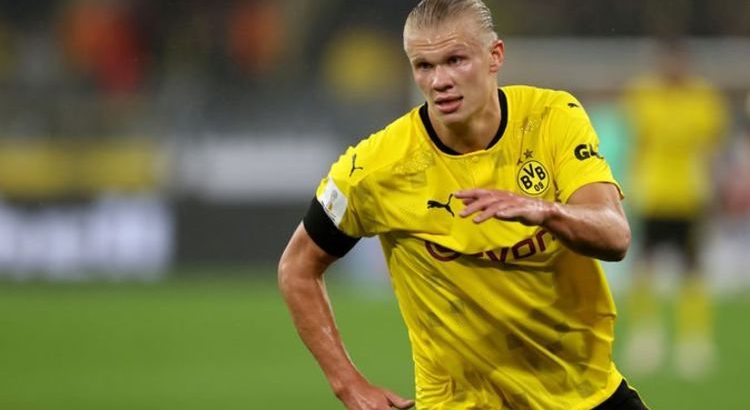 Manchester United have options when they embark on their probable striker hunt next summer. In 2022, Edinson Cavani will be out of contract, and while Erling Haaland will be the plan A of most major clubs in Europe, United could find themselves in position to strike for a worthy plan B.

For all of Cavani’s plaudits since arriving at Old Trafford, the Uruguayan will be out of contract and 35 years old when summer next rolls around.

Naturally, when Erling Haaland’s £65million release clause becomes active, the Red Devils are likely to throw their name into the mix.

However, if a fellow European giant like Real Madrid pips them to the post, Ole Gunnar Solskjaer and co. could do worse than to swoop for Robert Lewandowski.

Next summer, the Bayern Munich frontman will be 33 years old, the same age Cavani was when he arrived from PSG.

Although Lewandowski would be a much shorter-term option than Haaland, United have had success recruiting strikers towards the back end of their careers in recent years.

A 35-year-old Zlatan Ibrahimovic was lured to Old Trafford in 2016, before registering 17 goals in his only full Premier League season.

Lewandowski has the quality to better those numbers.

His lethal finishing, big game experience, nimble feet and expert positioning would almost certainly make him a success in English football, while 106 goals in his last 89 Bayern games needs no explaining whatsoever.

For the past two seasons, Lewandowski has arguably been the best player on the planet, while many felt as though he was robbed of the 2020 Balon D’or when the award ‘took a break’.

This summer, a report from Sky Sports claimed that the 122-cap Polish international wanted a new challenge, although it later emerged that he would stay in Bavaria.

In 2022, Lewandoswki will have only one year remaining on his Bayern deal if he does not extend his stay before then, and his departure could coincide perfectly with the German club’s swoop for Haaland.

Despite playing for fierce rivals Borussia Dortmund, Bayern’s sporting director Hasan Salihamidzic said his side would be ‘total amateurs’ if they were not monitoring the youngster’s situation.

Such a move would leave the door wide open for United, who undoubtedly have the pulling power to sign someone like Lewandowski, as illustrated by the arrivals of Jadon Sancho and Raphael Varane in recent weeks.

Although he would only bring a short-term injection of goals, that could make all the difference in terms of adding silverware to Solskjaer’s barren trophy cabinet, giving them a springboard to return to their former glory.