Wayne Rooney is reportedly in line to succeed Phillip Cocu as Derby boss, should the Rams lose against Watford this weekend. England’s record goalscorer is currently operating as a player coach at Pride Park but now he could be set for his first crack at management in the Championship.

Derby are ready to pull the trigger on former Dutch midfielder Cocu, who has struggled to oversee improvement this season.

Rooney’s stunning last-gasp free-kick at Norwich was enough to keep him in the job over the course of the international break.

Reports claim Derby are ready to bring in Rooney as soon as next week if they suffer yet another defeat, as they look to kickstart their season.

According to The Sun, Manchester United’s current assistant manager Mike Phelan is one of the names in the frame to join Rooney’s backroom staff. 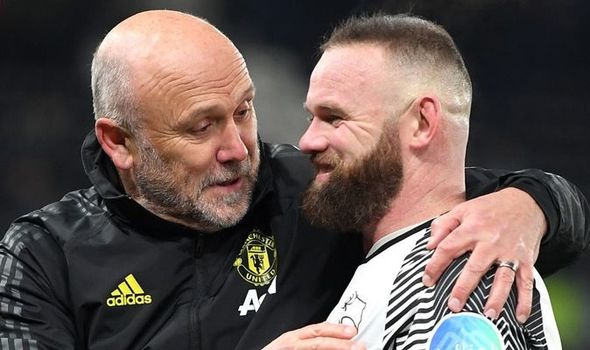 It would be a huge surprise if he was willing to leave Old Trafford, having returned to work under Ole Gunnar Solskjaer.

Rooney and Phelan were both key figures in United’s success under Sir Alex Ferguson and have always shared a professional relationship.

Given Phelan’s current commitments to United, John Gregory is believed to be the favourite for the role.

The former Rams midfielder managed his former club in the 2002/03 season and could now be set to return to support Rooney, if Cocu is sacked.

Rooney has been preparing for life as a boss ever since his days as United captain.

He would spend time in analysis meetings with Louis van Gaal and Ryan Giggs ahead of matches.

Now the 34-year-old is hoping to use his own experiences under several managers to shape his own style while in the hot seat.

He told the Sunday Times when asked what qualities he would take from previous managers: “Van Gaal’s preparation, Fergie’s man-management, [Jose] Mourinho’s stubbornness – I think sometimes you need that. 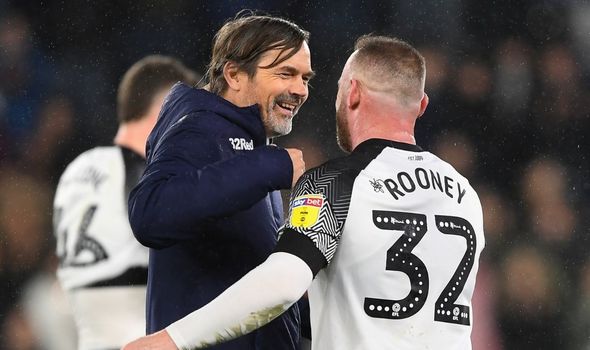 “Sam Allardyce knew what he wanted. You can only manage to the capabilities of your team and that’s what Sam has always done. Once I go into it I’m sure I’ll have my own way.”

Rooney couldn’t help but single out Ferguson for special praise.

“”He was incredible. It wasn’t complicated,” he added.

“The big thing was he had trust in people. He trusted his coaches to put sessions on, he trusted his players.