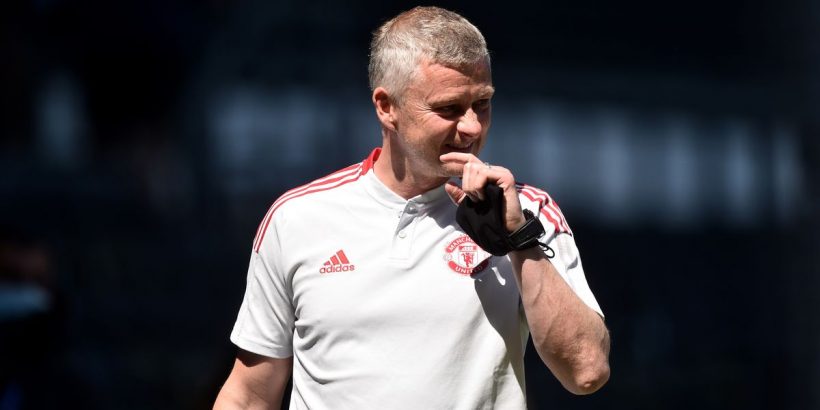 Five Manchester United have come through the victory against Derby with flying colours.

Ole Gunnar Solskjaer took charge of his first pre-season friendly of the summer against his old pal Wayne Rooney.

The Red Devils played a number of youngsters and fringe players who are looking to impress the United boss.

There are plenty of transfers on the horizon with Jadon Sancho and Raphael Varane close to joining from Borussia Dortmund and Real Madrid respectively, while there are also moves planned for Eduardo Camavinga, Houssem Aouar and Erling Haaland.

And they are not going down with a fight – so, who impressed against Rooney's Rams?

A name that had been forgotten by many United fans after forgettable spells at Club Brugge and Werder Bremen.

The 21-year-old is set to join Birmingham City on loan for the new season but he gave a reminder of his capabilities against Derby on Sunday.

He netted the opener by dinking it over Kelle Roos, though not without controversy.

There was a possible handball but with no VAR the goal stood as he had a decent game overall.

Another youngster to make their mark was Pellestri, fresh from his loan spell at Alaves and a potential move away again this summer.

The Uruguayan doubled United's lead in the second-half with a well-taken effort, rounding the Derby goalkeeper before tucking home.

There are high hopes for the 19-year-old at the Theatre of Dreams, though his pathway has become harder amid the signing of Sancho.

With Amad also in their squad, Pellestri has the toughest time breaking into the first-team at Old Trafford.

There is a real buzz around this youngster and it is easy to see why – the 17-year-old has bags of raw talent.

He has already been given a chance in the first-team by Solskjaer and was handed a second-half cameo against Derby.

And the teenager was the one to put Pellestri through for United's second goal with a delightful piece of vision.

It remains to be seen what Shoretire's future holds but there is no doubt he is on the right path.

Who impressed you as United beat Derby? Have your say in the comments below.

Many have tipped Lingard to sign for West Ham this summer but the playmaker has plenty left to offer United.

And Solskjaer agrees after telling the Hammers that he will be staying at Old Trafford ahead of the new season.

It is easy to see why after a brilliant cameo against the Rams but finding game-time will be difficult.

With Bruno Fernandes firmly first-choice, Lingard would be a key star at West Ham whereas at United he would be more a bit-part player.