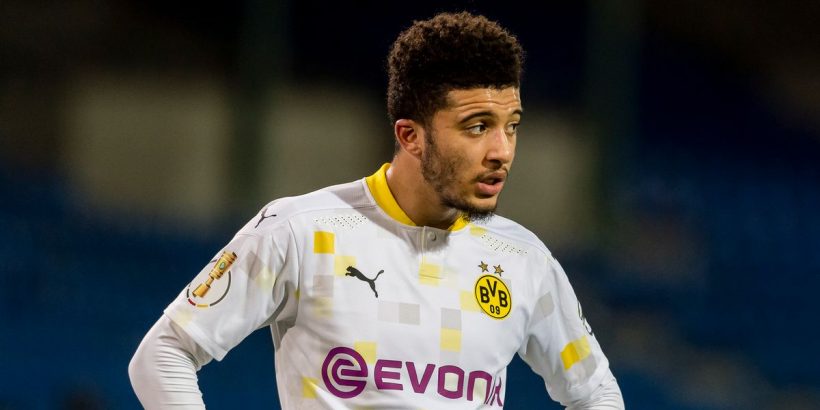 Manchester United could end up getting a very favourable deal for Jadon Sancho.

The Red Devils failed to match Borussia Dortmund’s valuation of over £100m for the young forward last summer, but he could now cost far less after a torrid run of form.

The England international is yet to score in the Bundesliga this season before or after the dismissal of Lucien Favre, having scored four goals by the same stage last season.

Although he has managed four goals and eight assists in all competitions, his poor domestic form could force Dortmund to lower their asking price if United return later this year.

90min report that United now believe that their gamble over Sancho has paid of.

There was every chance that the 20-year-old could have gone up in estimations of his current club had he continued his fine run, but that has not yet been the case.

They add that Sancho had been keen to join the United project when he became aware of their interest, but he did not submit a formal transfer request to Dortmund.

United are said to remain confident that Sancho would be an ideal signing despite his lack of league goals this season, while there is no suggestion of Real Madrid or Barcelona interest.

"His natural game is only partially recognisable at the moment.

"But this is only a temporary phenomenon, one that will soon vanish into thin air. It is not a distraction brought on by United's interest.

"We will have to go through this together. Jadon doesn't care [about speculation]. We know that he is working on it."

The player himself has said when asked if talk has been distracting: “Nah, I don’t think so.

“I feel like every player has a little dip in their career, and I feel I’m going through that at the moment.

“It is just how I’m bouncing back and I am just happy to have managers who have faith in me.”