Manchester United will only sign Porto star Alex Telles for a fee of £18million, reports say. The 27-year-old has been linked with a move to Ole Gunnar Solskjaer’s side ahead of the transfer deadline. And that’s at a time where a potential deal for Sergio Reguilon looks increasingly unlikely.

Manchester United are currently blessed with options at left-back.

Both Luke Shaw and Brandon Williams are capable of playing there, with the pair both impressing under Solskjaer’s tutelage last season.

And Tim Fosu-Mensah and Diogo Dalot can both be deployed there, too, despite both being down Solskjaer’s pecking order at the current moment in time.

Reports have linked United heavily with a move for Real Madrid star Reguilon, who has been deemed surplus to requirements at the Bernabeu because of Marcelo and Ferland Mendy.

However, Portuguese newspaper A Bola say United are finding him difficult to sign, fearing he won’t move to Old Trafford without a buyback clause installed in his contract. 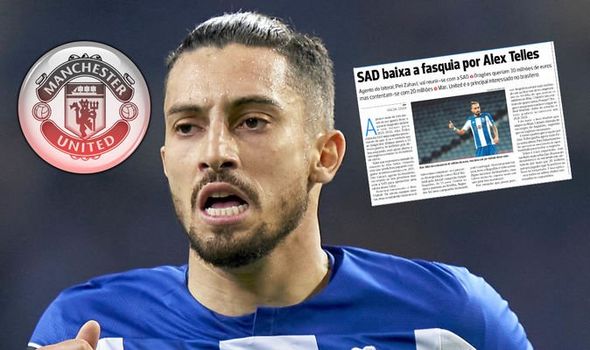 As a result, they’ve been offered Telles.

But United don’t want to spend any more than £18m on the Brazil international, who has scored 24 goals and registered 55 assists from 192 matches throughout his time at the club.

Porto, for their part, are willing to accept a reduced fee for Telles.

And that’s because he’ll become a free agent in 2021, with the Samba star having just a year left on his current contract.

Meanwhile, though attempts to sign Reguilon have hit a wall so far, United legend Rio Ferdinand feels the Real Madrid star would be a positive arrival at the club. 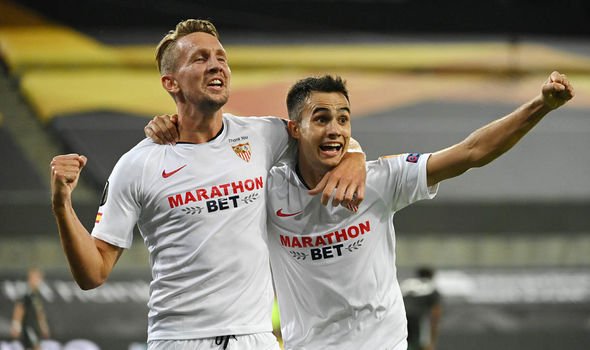 And he expressed a belief that they also need two forwards and a new centre-back if they’re to challenge the likes of Liverpool and Manchester City for the Premier League title.

“I would say definitely after Van de Beek they need probably – if they’re going to really compete – three or four. Players that can go in and actually affect the first team, the first XI,” Ferdinand told BBC Radio 5 Live.

“And Reguilon we’re talking about, the lad at Sevilla who’s from Real Madrid, he was voted the best left-back in La Liga so really good credentials.

“Luke Shaw I think is unfortunate in terms of his injuries. He’s played games but then he hasn’t been able to sustain a full season without any injuries, which is disappointing.

“But listen, if I was looking at it and looking at the team, in the forward areas I think one or two additions.

“One definitely, maybe two, are needed that can come in and affect that first team and push people, if not start.

“And then I think a centre-back. That area, for me, is where there’s a lack of real, genuine pace and I think the best teams around at the moment have a player in one of the two players that play [at centre-back] in a four that has genuine pace normally.

“I think Liverpool are the team that’s dominated this season.

“The two centre-backs can be sat on the halfway line, they’re sitting there purring, waiting to be taken on in a foot race back to the goal and they back themselves.

“And with that, what that does as well, it’s not just about pace – knowing how to defend as well – but what that allows is more players to be able to go forward and pin the other team back in the opposing team’s third, which is, the way the game is played today, very critical.”