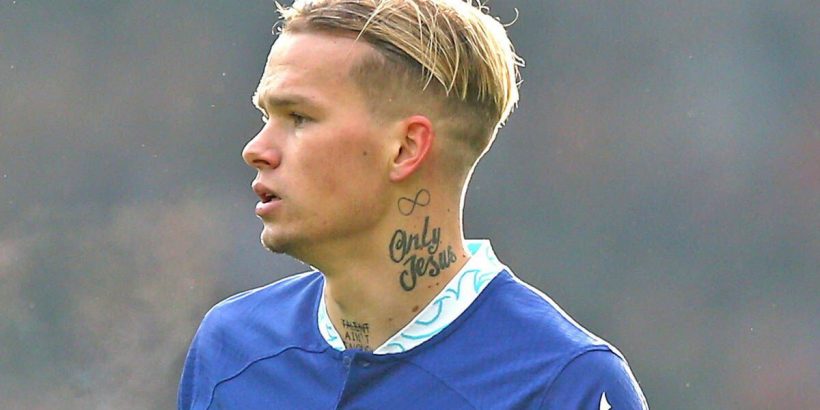 Manchester United passed on the chance to sign Mykhaylo Mudryk earlier in the January transfer window, according to reports. The Ukraine international recently joined Chelsea in a deal that could reach as high as £89million. And he impressed on his debut off the bench in a 0-0 draw with Liverpool on Sunday.

Manchester United have signed two players so far this winter.

Jack Butland touched down from Crystal Palace at the beginning of the month, arriving as a replacement for Martin Dubravka following his return to Newcastle.

And Wout Weghorst then followed, with the Burnley flop joining United as a short-term replacement for Cristiano Ronaldo.

Mudryk was barely linked with a move to United prior to joining Chelsea.

According to The Mirror, that’s because the Red Devils actually declined the chance to swoop for the Ukrainian.

It’s said that, before Chelsea and Arsenal made their interest in the 22-year-old known, United were given the chance to sign Mudryk.

However, they turned down a deal and appear to be content with their current wingers at present.

Marcus Rashford has been in the form of his life this season, with the England international bagging 16 goals across all competitions.

Alejandro Garnacho has also sparkled, despite his young age, with the Argentine establishing himself as one of the best teenagers in world football.

And Jadon Sancho will be another option for United once they deem the England international ready to start.

Mudryk, at the start of the month, had been pining for a move to Arsenal.

Yet Chelsea were able to hijack their fierce rivals and ended up stumping up the cash to get a deal done.

Meanwhile, next up for United is a crunch showdown with Arsenal at the Emirates Stadium.

And Erik ten Hag, when asked about his side’s remarkable transformation, opened up by saying: “All I want to bring in is a culture for high standards and values, and also accountability and transparency and honesty are the kind of values I want to set, I want to control.

“That is the way we have to co-operate internally but also externally, so with the media and the fans.

“The Premier League at this moment develops and you have six or seven teams who can all finally win the league, because there are so many investments.

“And when you have the right philosophy, the right strategy, many more clubs can compete for positions, for the top positions in the league.

“So that’s a great challenge and if you want to be there you have to be really good, you need that consistency, that good strategy and you need hard work to compete there.

“And if you want to win trophies, everything has to go in the right way.

“I’m quite confident of that process.

“We are in the right direction, so it also means that we have to improve a lot if you want to compete in the future for the top positions, because the competition will be really tough.”