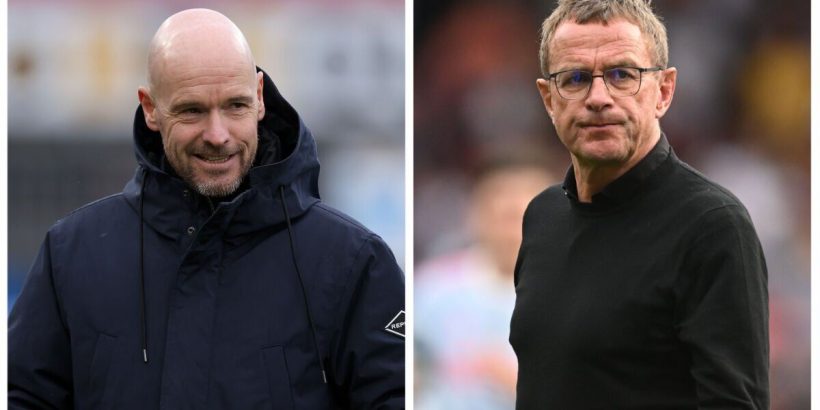 Erik ten Hag was reportedly the driving force behind Ralf Rangnick’s premature exit at Manchester United, as the Dutchman was ‘reluctant’ to work with the club’s former interim chief. Rangnick had agreed to move upstairs into a consultancy role once United had appointed a new manager, but that was nixed last month.

Despite constant speculation over his future as a result of United’s poor form and his decision to take on a managerial role with the Austria national team, Rangnick had insisted that he was set to stay on, as planned, in a different role at Old Trafford working alongside Ten Hag.

However, a new report from ESPN has revealed that Rangnick’s early exit was driven by Ten Hag, who was not keen on working with the former RB Leipzig coach.

Although Rangnick was open to staying on at the club, the German himself was unhappy after he was not granted a formal handover meeting with Ten Hag – despite publicly stating his desire to do so. 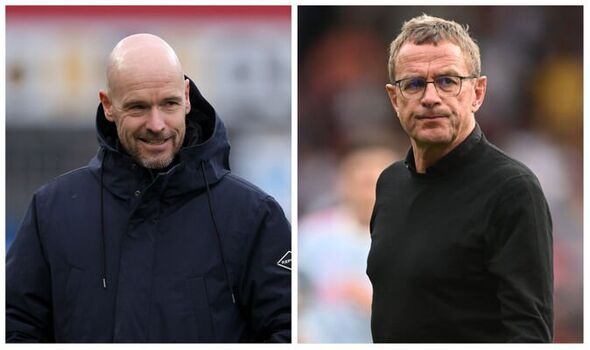 The report outlines that Rangnick was originally expecting to meet Ten Hag face-to-face to discuss the United squad, but the former Ajax chief was only willing to speak with Rangnick over the phone.

Manchester United’s hierarchy had also become ‘increasingly exasperated’ by some of Rangnick’s outlandish comments in the public eye, including one notable press conference where he claimed that the club needed to make as many as 10 new signings to get back on track.

The source also claims that Rangnick was asked to sign a non-disclosure agreement by United bosses as a condition of his early departure. 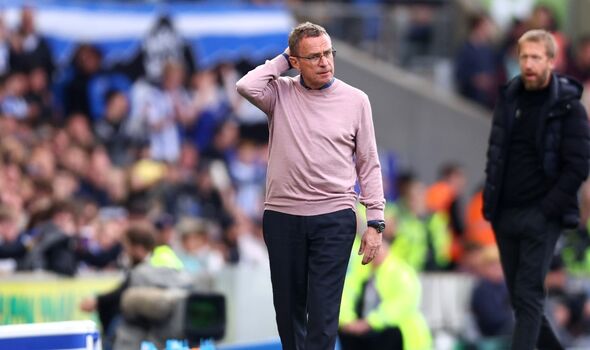 Although succeeding Ole Gunnar Solskjaer was a move that was lauded at the time, Rangnick failed to inspire much of an improvement in results and ended up overseeing just 11 victories during his 29 matches at the helm.

Rangnick’s decision to take up the post with Austria national team – a role he intended to combine his consultancy duties at Old Trafford – also left fans unimpressed, and his brief spell at the club came to an abrupt end just a week after United lost 1-0 to Crystal Palace in the final match of the season.

United said in a statement: “We would like to thank Ralf Rangnick for his efforts as interim manager over the past six months. By mutual agreement, Ralf will now focus solely on his new role as manager of the Austria national team and will not therefore be taking up a consultancy role at Old Trafford. We would like to wish Ralf the best of luck in this next chapter of his career.”