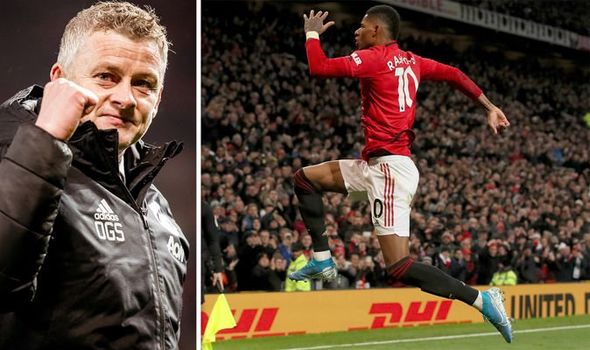 Ole Gunnar Solskjaer insisted Marcus Rashford produced his best performance of the year to inflict a first Tottenham defeat on new boss Jose Mourinho. The Manchester United striker was virtually unplayable, scoring two as they took the points and vital momentum into Saturday’s Manchester derby at the Etihad.

And after the virtuoso performance Solskjaer maintained Rashford is only going to get better as the season progresses.

“It’s the best game he’s had under me,” said the United boss. “He was mature, strong against good Premier League players. His penalty for the second was calm and composed, and his first, we know he’s got those strikes in him and he had three or four chances.

“It’s like he was back on the playground or in the back garden with his mates. We want them to have fun, there’s nothing dangerous out there – just 75,000 people, wanting to see the best [of them].

“He made things happen by his movement and decision making and it is great to see. We are very happy with how he has matured as a player. This was a top, top performance.” 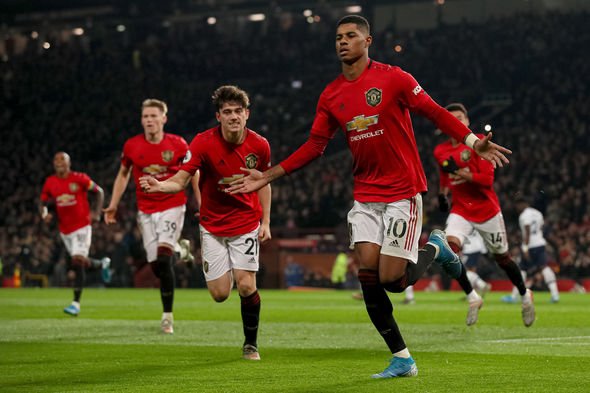 Pressure had been building on Solskjaer after three games without a win but victory has eased it ahead of in form City on Saturday.

“The three points are massive for us. We’ve had too many draws this season and given too many points away from winning positions,” he said. “It’s a great lesson the last two games [Sheffield United and Aston Villa] and we came back in a great manner.”

Despite the Spurs midfielder producing a moment of brilliance to get Spurs on the scoresheet, he admitted Mourinho’s men were well under par.

“We weren’t hungry enough and we were slow to every second ball, losing 50-50s. Maybe it was a little bit of arrogance and overconfidence because we’ve been playing well,” he said.

Mourinho admitted he tried to fight that state of mind but conceded that United deserved the points.

“I tried to tell them exactly the way United approach these matches at home – against Liverpool, against Chelsea, always the strong start with people running, pressing, trying to lift the morale of the supporters.

“We have to blame ourselves. I think United must obviously be happy with the points, and overall they deserved it.”