Manchester United manager Ole Gunnar Solskjaer reportedly told Amad Traore ‘we’ll wait for you’ before sealing the signing of the Atalanta star on transfer deadline day. The forward will join the Red Devils from January after a £35million deal was struck. And big things are expected of the 18-year-old.

Manchester United spent the whole transfer window chasing a deal for Borussia Dortmund’s Jadon Sancho, only to miss out.

Instead, on deadline day, the Red Devils announced the signings of both Traore and Facundo Pestrelli.

Traore will officially complete his move to Old Trafford in January and is poised to compete with the likes of Pestrelli, Mason Greenwood, Marcus Rashford and Daniel James for a place on the flanks.

And The Guardian say that, before United signed the Atalanta star, Solskjaer told him ‘you are a talent for the future, we’ll wait for you.’

The Red Devils view the signing of the teenager as a triumph, with the player one of the hottest prospects in world football.

He’s made just three Serie A appearances for Atalanta but is widely expected to become a household name in the years to come, having flourished at academy level. 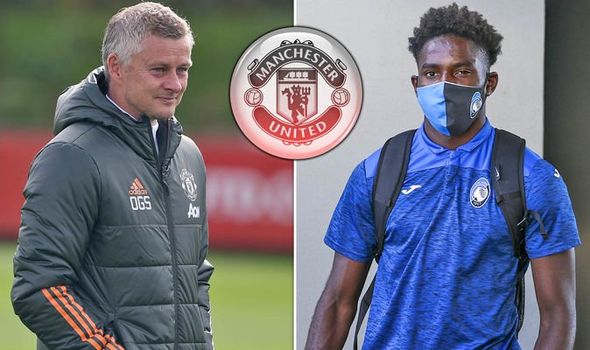 “There are defenders in the first-team that sometimes cannot stop him. To stop him in training, we have to kick him.”

And he also made an impression on the Uefa Youth League – scoring once and registering three assists.

Meanwhile, another player United signed on transfer deadline day with Edinson Cavani, with the Uruguay international moving from Paris Saint-Germain on a free.

The Uruguay international is working hard to regain fitness, having not played since March. 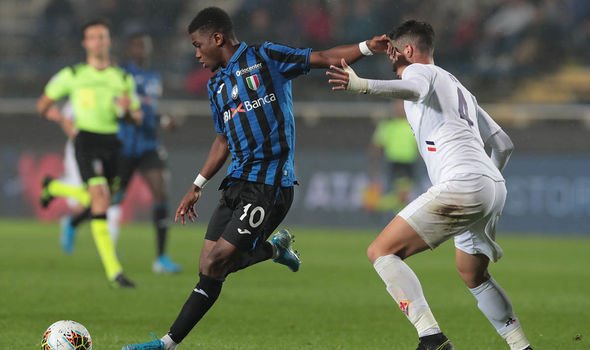 And Cavani recently opened up on Solskjaer’s faith in him, saying: “Yes, I had a conversation with the manager, and to be truthful that also really encouraged me to come to United.

“I think it’s always very positive for a player when you have the backing of the manager.

“Currently I’m busy training at home, as I’m complying with the rules and staying in quarantine after coming into the country.

“So yes, as I said before, I’m chomping at the bit and keen to be able to get started, training with my team-mates, just as soon as I can. And with that, make myself available for the manager.”

He then added: “We spoke a bit about the mental side of things, and a little about how you can go about preparing for each game, about what it is to compete, about what is important within a group, and you could say that we agreed strongly on a lot of the things we spoke about and discussed.

“Things like self-sacrifice, commitment to your team-mates, creating a competitive spirit, and thinking of others, and competing altogether.

“All things that I really like and appreciate, I believe that when you pretty much agree on things like this and think in a similar way, I reckon it also makes you want to join a club even more, and to then give your best, train hard and prepare yourself in the best way you can.”

Cavani is hoping to score goals galore during his time at United.

He continued: “I hope so! I hope I can score plenty, and I’ll be working hard towards doing that. As I said earlier, I’m coming here with a real desire to work hard and to prepare, and to be available for my team-mates and to the manager for selection.

“I want to be able to take all that effort and hard work out onto the pitch, and together be able to achieve great things, big things with Manchester United.

“I’m so keen and excited to get playing and competing again, and God willing, I can score goals, which is pretty important for everybody and also for me, as a striker. For the fans, for everyone.

“So, as I said, I’m dying to start training so I can be ready to be scoring goals, so we can all enjoy them and have some good times together.”