Manchester United are currently performing Jadon Sancho character tests as Ole Gunnar Solskjaer looks to sign the Borussia Dortmund star, reports say. The England international is a top transfer target for the Red Devils, having enjoyed a terrific Bundesliga campaign. But it appears United are leaving no stone unturned as they seek to bring him to Old Trafford.

According to Bleacher Report, United are performing tests to see whether Sancho would be a good fit for the Old Trafford dressing room.

Solskjaer only wants players who have the right character as he looks to beat the likes of Liverpool and Manchester City to the Premier League title next season.

As things stand, however, any deal for Sancho is far from straightforward.

United have been quoted a fee of around £118million to sign the 20-year-old, who scored 17 goals and registered 17 assists from 34 league games this term.

But recent reports have suggested they’re only prepared to pay £50m to bring the forward to the Theatre of Dreams at the end of the campaign.

Solskjaer has previously stated he wants humble characters with an X-factor and Sancho, given his stunning form this season, would appear to fit that profile. 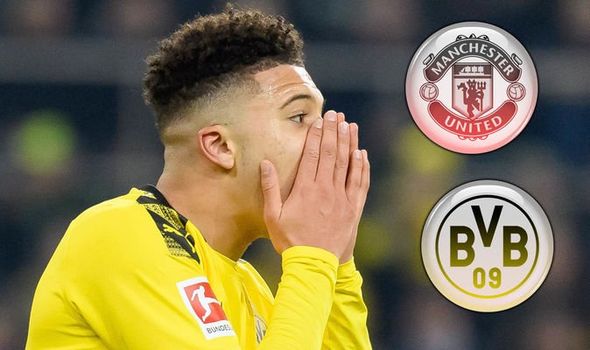 And the Norwegian is dreaming of fielding the Dortmund star alongside the likes of Marcus Rashford and Anthony Martial in his attack.

United have struggled for right wingers in the years since Cristiano Ronaldo left for Real Madrid back in the summer transfer window of 2009.

But they’re hoping Sancho can succeed where the likes of Angel Di Maria, Memphis Depay and Alexis Sanchez have failed in recent years.

And Sky Sports pundit Jamie Redknapp thinks the Red Devils should pay whatever Dortmund want for Sancho given the obvious talent the forward possesses.

The Liverpool legend told Sky Sports: “This [United] team could do some real damage. 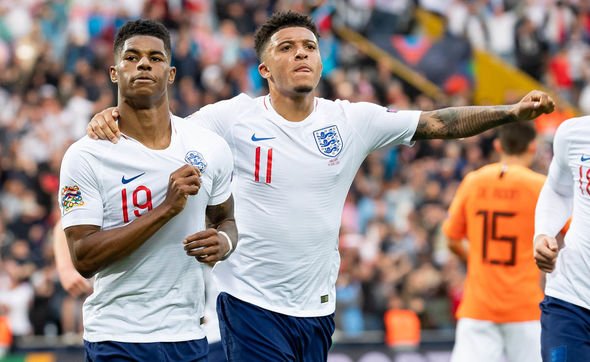 “They’ve got so much quality and pace. If they add Jadon Sancho as well they will be even better.

“Brighton were poor tonight, really poor. But Manchester United punished them. They started the match so well and never let off.”

United boss Solskjaer recently opened up on possible transfer business – and admitted he was unsure how much he’d have to spend.

“I think the pandemic has hit everyone really hard,” said the Norwegian.

“I still think we need to wait and see how things are panning out to know the real effects of the pandemic, to know what kind of financial state we are in.

“We’ll have to take a big look at things ourselves to see how hard we’ve been hit. I know the club has announced a few numbers before.

“It’s not for me to say here now we are going to have X amount because I don’t really know.

“I don’t really know how hard we have been hit. We are a financially strong club, but we are also probably being hit more than anybody else.

“Let’s see how quickly we can get our fans back into the stadium and of course the league position is going to be important for us this season. If we can get a trophy, the FA Cup or the Europa League.

“The Europa League will also qualify us for the Champions League, there’s still a lot of uncertainty and these three or four months, every businessman in the world, every footballer in the world, I think everyone is still unsure what the effect will be.”