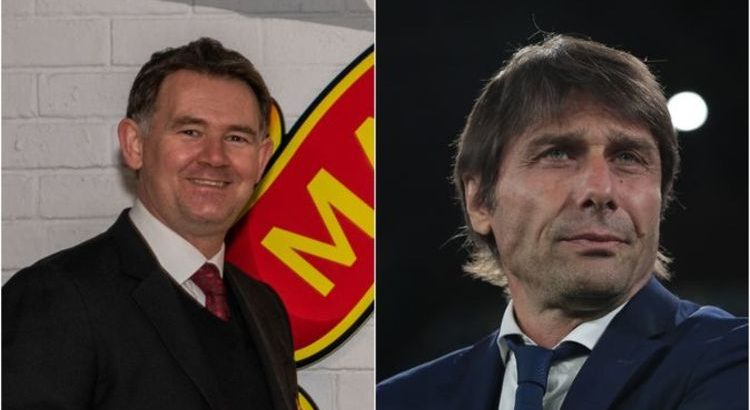 Manchester United chief John Murtough’s comments about how he sees the Red Devils’ style of play going forward could hinder their attempts to lure in Antonio Conte. Current manager Ole Gunnar Solskjaer is under serious pressure after leading his side to a humiliating 5-0 defeat at the hands of bitter rivals Liverpool in front of a disgruntled Old Trafford crowd on Sunday.

Reeling from a 4-0 half-time deficit, Solskjaer had a face like thunder as he trudged back to the dressing room to deliver a daunting team talk.

Unlike against Atalanta in midweek, their fortunes failed to turn around on Sunday as the second half played host to a Mohamed Salah hat-trick and a Paul Pogba red card.

Not just the result, but the nature of the performance from Solskjaer’s side has understandably prompted serious questions about his future as boss.

With the likes of Conte, Zinedine Zidane and Erik Ten Hag in the managerial shop window, who can blame a healthy chunk of United fans for demanding change?

Conte has been out of a job since impressively leading Inter Milan to a Serie A title last season, and the Manchester Evening News claim that he is open to taking charge of United.

However, Murtough reiterated at a fans’ forum last month that the Red Devils should remain committed to fast, fluid, attacking football.

Indeed, Conte’s trademark five-man defence is not everyone’s idea of excitement – and club legend Gary Neville has hardly endorsed him for the role, describing the manager as ‘not right’ for the job when discussing his potential appointment.

The Italian’s preference for a traditional big man up top is not everyone’s cup of tea either, particularly when compared to the false nines and fluid attacking trios which are commonplace at present.

The likes of Ten Hag and Mauricio Pochettino would presumably be better fits for Murtough in that regard, given the plaudits they have drawn for committing to attacking football in recent years.

While United fans seem to be underwhelmed in general at the prospect of Conte taking over, branding him as someone who brings boring football could be a misconception.

His style of play may not be as recognisable as someone like Pep Guardiola or Jurgen Klopp, but that does not mean that Old Trafford would be set for a weekly snooze-fest.

Upon joining Chelsea in 2016, the 52-year-old hit the ground running as the Blues notched in each of their first seven games.

In clinching the Premier League title in his first campaign his side notched 85 league goals, one fewer than the league’s best last year – and they also conceded at a rate of almost one goal per game.

At Inter Milan last season, a classic little and large partnership between Romelu Lukaku and Lautaro Martinez flourished, while flying wing-back Achraf Hakimi was the focal point for some scintillating football and huge scorelines at the San Siro.

While Conte’s style of play may not be as ‘free flowing’ as Murtough’s idealistic vision for United, he brings excitement and almost guaranteed success.

Even so, favouring style over substance seems a curious decision for United given their current silverware drought.

Conte may not fit the exact profile of a manager United want, but he’s got to be better than what they’ve got at present.