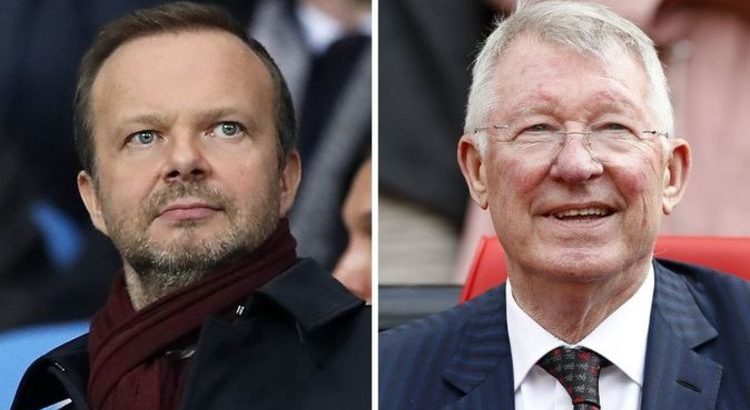 Manchester United executive vice-chairman Ed Woodward, technical director Darren Fletcher and legendary former boss Sir Alex Ferguson were among those present at a club meal in the city centre on Thursday afternoon, according to reports. The Red Devils are preparing to return to Premier League action against Newcastle United on Saturday afternoon, with Cristiano Ronaldo poised to make his second debut for the club when the Magpies travel to Old Trafford.

The Portuguese forward was released early from international duty after picking up a suspension and has been training with his new team-mates at Carrington this week.

He rejoined United last month in a sensational late move from Juventus, retaking his iconic No 7 shirt from Edinson Cavani upon arriving back in England.

A number of senior figures at the club were spotted enjoying a spot of lunch in the city ahead of Ronaldo’s return to action on Saturday, according to the Manchester Evening News.

Eyewitnesses reportedly said that Woodward, who has not been to a match at Old Trafford since the controversial Super League fiasco earlier this year, was the only attendee to enter via the staff entrance on the side of the building.

The Red Devils squad previously hit up The Ivy for a team bonding meal ahead of their season opener against Leeds United last month.

It remains to be seen whether United will maintain their positive start to the new Premier League campaign with another win over Newcastle on Saturday.

Solskjaer’s side are yet to taste defeat and currently sit third in the division, two points behind early leaders Tottenham.

It seems likely that Ronaldo will be handed an immediate starting berth for the visit of the Magpies, who have only managed a draw and two defeats from their first three matches.

The Portuguese forward recently opened up on his strong rapport with former team-mate Solskjaer, insisting that he will do whatever is necessary to help the team lift the Premier League title at the end of the season.

“As you know, I played with him for two or three years at Manchester United so I have a good relationship with him,” said Ronaldo.

“But now, with a different role, I’m a player and he’s a coach. But it doesn’t matter.

“My relationship with him is great and as I say before, I’m there in Manchester to help the team achieve his results and the coach can count on me for whatever he wants, so I’m available for everything.”

Meanwhile, Newcastle winger Allan Saint-Maximin has declared that he is ready to upstage Ronaldo at his United homecoming by leading the Tyneside club to an unlikely win at Old Trafford.

“I will try to do my best because I’m sure the world will watch this game because of Ronaldo,” said the Frenchman earlier this week.

“But I know my quality. I know what I can do on the pitch, and I know it’ll be a really hard game. I know we have a tough game at the weekend against Manchester United.

“We are working a lot in training which is why I feel a little bit tired. But it’s really important, because we need a win.

“We need the win to start the season. And even if we play against Man Utd, we know if every player gives the best they can give, we can win this game.”