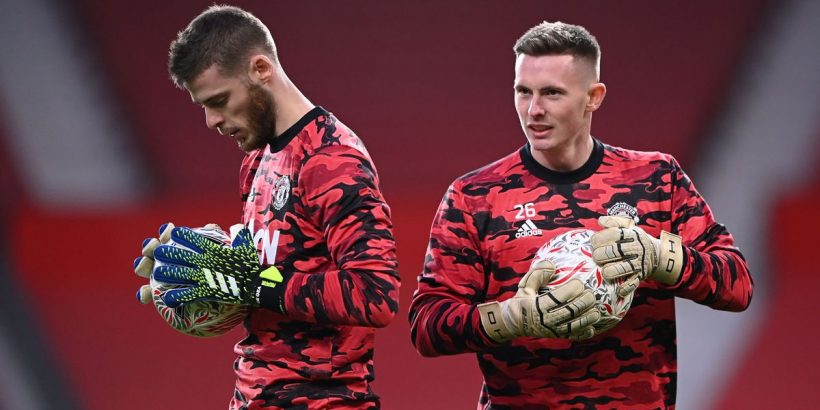 Manchester United could shun David De Gea and Dean Henderson by entering the market for a new goalkeeper this summer.

De Gea and Henderson have both been at Old Trafford in one form or another since 2011.

This season they have been competing against each other for the no. 1 jersey, with De Gea making 29 appearances to Henderson's 15.

De Gea is now back in Spain to spend time with his wife and first-born child, allowing his understudy a run in the first-team.

But the pair of them could be forced to play second – or third – fiddle to a new United shot-stopper this summer.

Old Trafford chiefs are targeting a new goalkeeper with a number of options available in the coming months.

Gianluigi Donnarumma is a a name who has attracted plenty of transfer interest since he first burst onto the scene in 2015.

The AC Milan goalie has made over 200 appearances in Serie A and will be a free agent at the end of the season if he does not agree a new deal with the San Siro club.

Lille shot-stopper Mike Maignan is another name who is on United's radar, while Atletico Madrid's Jan Oblak is a name who won't go away either.

Oblak has long been considered one of the best goalkeepers in the world – and that means he would also command a premium price-tag. The 28-year-old Slovenian has a £103million release clause in his contract.

United could take a chunk out of that fee by allowing De Gea to go the other way and re-join the club he left to sign at Old Trafford in 2011.