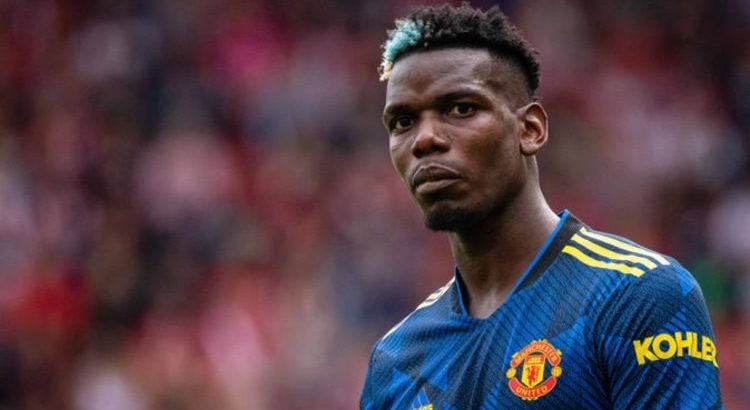 Manchester United’s midfield maestro Paul Pogba has been the main man for Ole Gunnar Solskjaer this season. But, with just 11 months left on his contract, time is running out to sort a replacement – something he could assist with.

Pogba, 28, re-joined United in 2016 for a then-world-record fee of £89.3million, surpassing the transfer of Real Madrid’s Gareth Bale by around £4.3m upon his arrival in Manchester.

Having spent four stellar years at Juventus following his release from United as a 19-year-old, Pogba was to be the man to fire United back to the glory days achieved under Sir Alex Ferguson.

Yet despite showing prolonged periods of brilliance at United, Pogba has never really shown the world-class player that he could’ve become on a regular basis – summed up by a measly honours list of just one League Cup and a UEFA Europa League in his five years at Old Trafford.

And, with just one year left on his contract, Pogba may seek pastures new in a bid to win trophies that he may not deem possible under Solskjaer.

JUST IN: Man Utd must respond to Roy Keane worry in transfer market to win Prem

However, if the Frenchman was to move on, he could give United a good parting gift to soften the blow.

Edouardo Camavinga, an 18-year-old midfielder of French side Rennes, has been billed as one of the best young talents in the world.

Capable of completing a host of tasks in midfield, Camavinga is a generational talent; with only Jude Bellingham possibly able to match that tag at such a young age.

Already amassing 85 senior games for Rennes, and becoming France’s third youngest capped player in the process, there won’t be a club that wouldn’t have Camavinga.

Although, with his contract too expiring next summer, it is alleged that Rennes are willing to commission a sale this summer – which is where Pogba could be able to help.

Having played alongside the youngster for France, Pogba will have a good gauge on the talents of the Angolan-born midfielder.

And if his mind is made up on leaving United, it would be best if he didn’t leave an acrid taste in the minds of the Old Trafford faithful.

United could offer Pogba an ultimatum; that he could leave the club early, or for a cut-price in January, if he manages to convince Camavinga that the Red Devils’ are the correct club for him.

And, with Paris Saint-Germain interested in both of the midfielders, it is a win-win for United as either Pogba stays or Camavinga moves to United on the promise of guaranteed first-team football.

Ideally, United would have both – but that is an extremely unlikely scenario due to PSG’s riches.