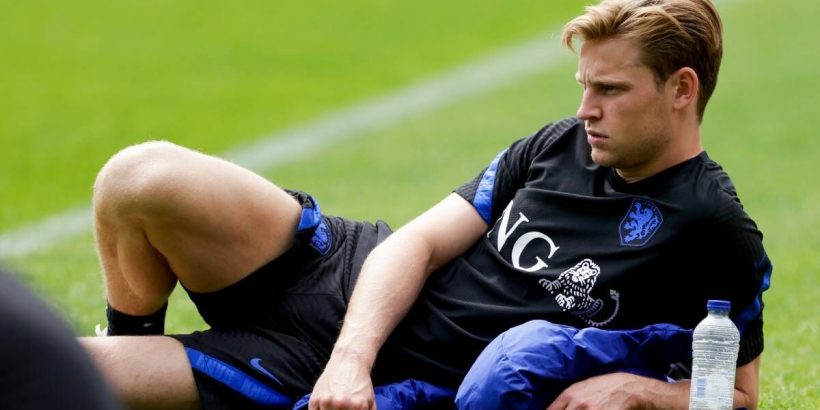 Manchester United thought they were on the verge of completing a deal for Barcelona midfielder Frenkie de Jong, with a £56million ‘agreement’ in place. While this may be the case, it turns out that United still have ‘significant complexities’ to work through before a deal can be completed according to Sky Sports.

Erik ten Hag is on the verge of making his first signing at United, although it’s not the Dutch star that fans anticipated.

United are set to sign 22-year-old Tyrell Malacia after they hijacked Lyon’s agreement with Feyenoord at the last moment. But De Jong was meant to join him, with both stars still pending medicals due to being away on holiday.

But Sport.es have reported that despite the suspected agreement, and imminent deal, De Jong does not want to leave Barcelona and is refusing to go ahead with the deal. This is said to be one of the complexities that United must work through if they are to revive the deal and bring De Jong to Manchester. 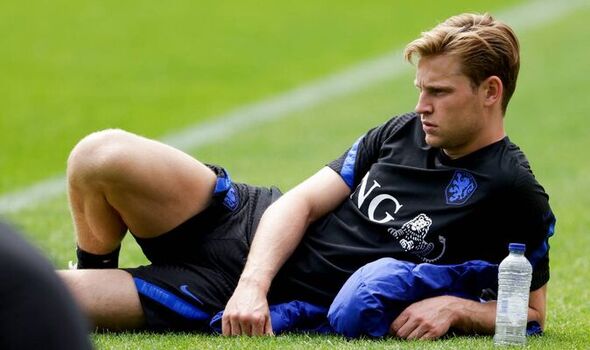 Ten Hag began work at United on Monday, and has already been seen taking training and implementing his methods at Carrington. United head off to Bangkok for pre-season on July 8, and in an ideal world Ten Hag would have wanted De Jong on the plane with them to prepare for the upcoming season.

But De Jong insists he is happy fighting for his place at Barcelona, and even Xavi is extremely fond of the midfielder. Financial issues at the club are likely to be the primary reason that Barcelona are open to a move, as they only signed him for £65m three years ago. 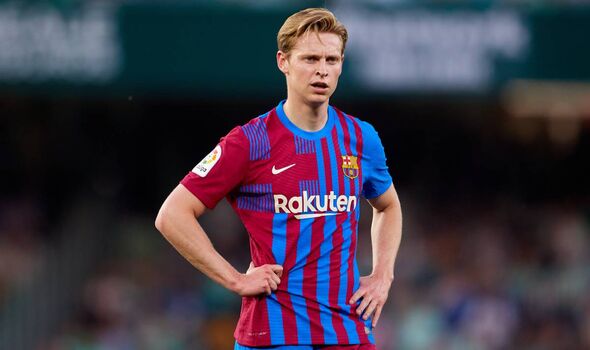 The Dutchman has impressed, and is a regular starter for the Catalan side. But Barcelona’s priority is to keep Pedri, Gavi and Sergio Busquets, and if they are to make signings they have to sell due to their awful financial situation.

De Jong has unfortunately been highlighted as the scapegoat, and it’s claimed that he feels as though Barcelona are forcing him out of the club, which isn’t surprising given the context of the situation. But it makes for an awkward standpoint, as De Jong faces staying at a club where he is being ushered out, rather than moving to a club where he is wanted, but isn’t interested in joining.

The Dutchman is contracted until 2026, and has every right to stay if he so wishes. And given that length, it could hand United a major blow while Barcelona are legally obliged to pay him for another four years.