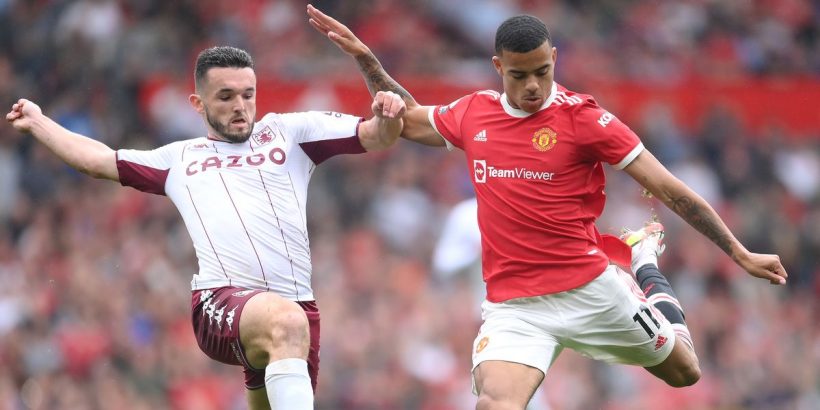 Manchester United fans have blamed Mason Greenwood for not passing to Cristiano Ronaldo as they were defeated by Aston Villa 1-0 at Old Trafford.

Dean Smith's side frustrated United who failed to make a break through, but fans online have placed blame on Greenwood's shoulders for not passing to Ronaldo and other stars, as they lost their first Premier League game of the season.

United had a chance right at the end to salvage a point as they were awarded a penalty, but Bruno Fernandes stepped up and fired his effort way over the bar to hand Villa victory.

The miss didn't help Greenwood's case, as fans turned to Twitter to vent their frustration.

The 19-year-old has been fantastic for United so far this season, and helped occupy their centre-forward role before Ronaldo signed on Deadline Day, but Greenwood didn't have the best of days at Old Trafford, with fans labelling him "greedy" and "selfish".

One user took to Twitter and said: "Terrible terrible game! Greenwood was so selfish today."

Another joked: "Gotta be honest; watching Mason Greenwood outright refuse to pass the ball to Cristiano Ronaldo as he shoots over and over again is absolutely f***ing hilarious."

Will Mason Greenwood be a future star at Manchester United? Comment below

One United fan ranted: "Greenwood was way selfish today. Ronaldo should have taken the penalty at that stage of the game. Overall game no tactics, no strategy."

Another accused the United no.11 of not caring: "Greenwood doesn't care about Ronaldo he's been ignoring him all game."

It was a bad day at the office for Ole Gunnar Solskjaer's men, who next face a difficult home encounter with Villarreal in the Champions League, in a repeat of last seasons Europe League final.