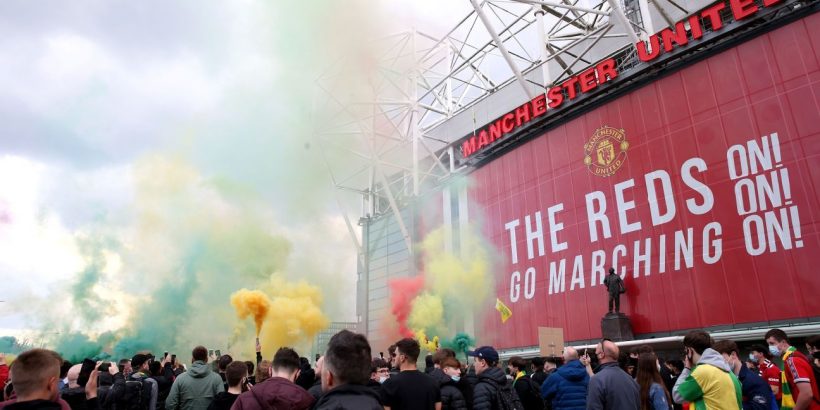 Violence during Sunday’s protests from Manchester United fans, which led to the Premier League game with Liverpool being postponed, has been condemned by the UK government’s sports minister and the mayor of Greater Manchester.

United fans protesting against the club’s American owners, the Glazer family, stormed into the stadium which was closed to fans due to COVID-19 restrictions.

A flare was thrown at the broadcasters podium as fans ran on to the field and protesters clashed with police outside the ground.

Greater Manchester Police (GMP) said two officers were injured with one requiring hospital treatment after he was attacked with a bottle and suffered a slash wound to his face.

“Passions are running high in football but there are ways to protest and make your voice heard without hurting or endangering others,” Nigel Huddleston, Minister for Tourism and Sport, said. “We understand the frustrations, but the violence by a small minority of fans at Old Trafford yesterday was unacceptable.”

The fan protests against the Glazers, which have taken place since they bought the club in 2005, have been reignited since United’s involvement in the attempt to create a breakaway European Super League.

Greater Manchester mayor Andy Burnham expressed support for the aims of the protesters but criticised the violence.

“I fully understand the long-standing concerns of Manchester United supporters about both the ownership and financing of their club and the wider running of football,” he said.

“It is important to make clear that the majority of supporters made their protest peacefully…however, there is no excuse for the actions of a minority who injured police officers and endangered the safety of others..

British foreign office minister James Cleverly said there was a need to understand the mood of football supporters.

“[We] cannot, cannot condone the images that we’ve seen about storming the ground,” Cleverly told Sky News. “But we do need to understand the frustrations that fans have not just with Manchester United, but with a number of clubs across the game.”

GMP Assistant Chief Constable Russ Jackson said the behaviour of the fans was “reckless and dangerous.”

“We have launched an investigation and we will be working closely alongside partners to ensure we establish the full circumstances surrounding today’s events and prosecute those responsible,” he said.

No decision has yet been made on the rescheduling of the match or about any sanctions for Sunday’s events. 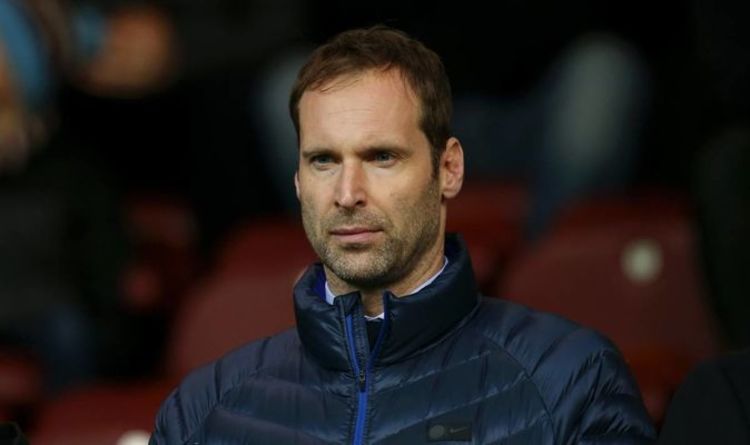