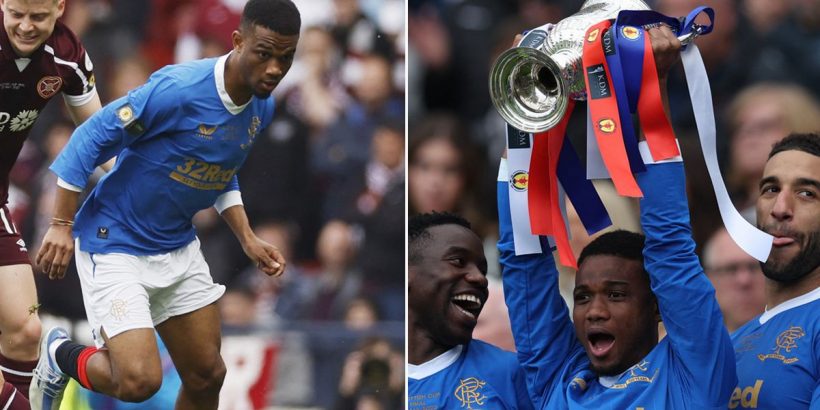 Manchester United fans have professed their excitement for seeing Amad return to Old Trafford after his role in Rangers' Scottish FA Cup win.

Amad joined Rangers in the January transfer window as he departed the Red Devils in search of game time. The move has not worked out as well as he would have hoped though, with the winger starting just four games in the Scottish Premiership.

But he was selected from the off for the Scottish FA Cup final on Saturday, in which Rangers took on Hearts at Hampden Park. He featured for just over an hour, with Giovanni von Bronkhurst's men bouncing back from their defeat in the Europa League final.

Ryan Jack and Scott Wright both scored in extra-time to win the Gers their first Scottish Cup since 2009. But it was the performance of Amad that caught the eye of United fans, with some posting clips of his best moments from the game.

And those clips led to many hailing the 19-year-old, tipping him for success when he returns from Scotland. In fact, some went as far as to demand he becomes one of the starters in Erik ten Hag's new-look United team.

"Would love to see him at RW next season. His ceilings high," one said, with another branding Amad as a "Special special player." A third also tipped him to have a role at United next term, saying: "Reckon we could make use of amad next season."

Should Amad become part of Manchester United's first-team squad for next season? Let us know in the comments section…

Some also highlighted the link between Amad starting and Rangers picking up some silverware. One fan said: "Amad starts and Rangers win a trophy, surprise surprise," with another noting: "Amad is the only Manchester United player to win a trophy this season."

Another supporter believes that Amad's performance showed that he was set for a bright future, tweeting: "Thought amad was quality there for Gers. Duno what the future holds for him even at Utd but if he can become a bit more physical he'll be a serious player in the Premier League."