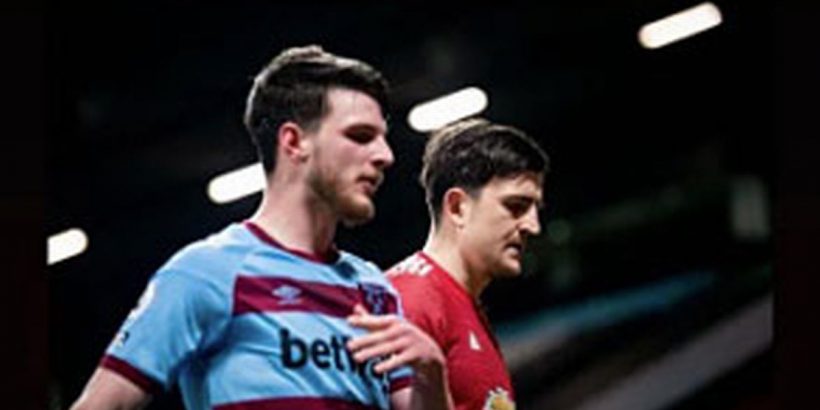 Manchester United fans have been bubbling with excitement thanks to Harry Maguire's Instagram exploits.

The defender captained United to a 1-0 win over West Ham on Sunday evening, keeping the Premier League title race faintly alive. At the very least, the result boosted the club's top four chances with the gap between second and fifth now nine points.

But it was a picture at full-time that attracted the attention of United's fans.

Maguire uploaded a picture of himself walking side by side with Declan Rice with the caption "Good to see you mate".

The Hammers midfielder has of course been linked with a move to Old Trafford, as well as Chelsea, in recent seasons and it seems Maguire's post has attracted plenty of attention.

"Get on it Harry! A terrific midfielder and has great composure for his age," replied another.

"Seeing Harry Declan and ole all talking and chuckling walking off last night……interesting," noted another.

And a separate fan posted the following with a love heart eyes emoji: "Imagine Declan as a holding 6 with Bruno and Pogba further up."

Rice is under contract at West Ham until 2024 and any transfer fee will likely cost around £70million.

And the 22-year-old was a part of the Hammers team who made things tricky for United in Sunday's win.

"As expected, they are always going to make it hard for you," said Solskjaer at full-time.

"We could have been more comfortable towards the end as we had a few decent chances to finish it off. We like to make it hard for ourselves."

He added: "It's about not giving them turnovers all the time. In the first 15 minutes we gave the ball away every time we attacked. It was a good set-play and we scored.

"You have to not open up stupidly as you know they are a threat on the counter-attack so we kept composed and organised."