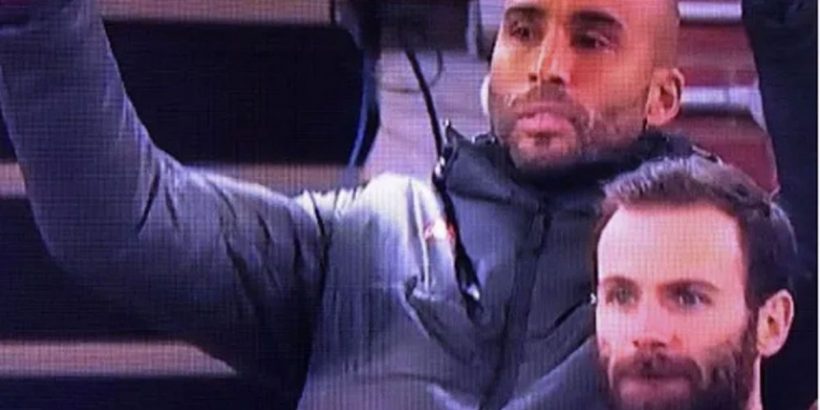 The life of a reserve goalkeeper can be a funny one.

In fact, in the three seasons since moving to Old Trafford, the former Derby stopper has made just two appearances.

Grant admitted that life as a third choice 'keeper isn't always ideal, admitting that not playing still leaves him with a sense of frustration. “It doesn’t matter how long into your career you are, you still find that  frustration on a Saturday when you’re not playing," he said earlier this season.

“I know I’m at Manchester United, you’ve got some of the best goalkeepers in the world in front of you but you still have that personal pride and professionalism. You want to play. In one respect being a No 3 here is ideal.

“Then in another respect, if you speak to my wife, she’ll say, ‘I need to get him playing because he comes home and from one minute to the next, I don't know what I'm dealing with’." But the 38-year-old is still finding ways to be useful. Ole Gunnar Solskjaer has opened the door for coaching opportunities and could hand him a new deal next season.

And he's showed his willingness to muck in, with United fans spotting Grant taking a turn as fourth official in the 3-1 win over Newcastle.

The veteran was seen holding up the board as Solskjaer made a late substitution in the win over the Magpies.

Due to coronavirus protocols, this season has seen coaches take on the mantle of revealing substitutes, with Grant doing the honours in the closing stages. And it left fans in stitches.

One said: “Lee Grant, a man of many talents,” while another suggested: “Lee Grant had enough of Ole taking so long to change things and Juan’s lack of minutes, so he took it upon himself to address it”.

“Lee Grant is just here for the vibes and I love that,” a fourth concluded. “Man is living his best life,” a fifth posted.