Donny van de Beek has had a tough start to life at Manchester United – but he’s now starting to come into his own. Fans are now demanding he be given his first Premier League start against Southampton on Sunday.

The Dutch midfielder was signed for a £40million fee from Ajax this summer but has found opportunities hard to come by with a wealth of options available to manager Ole Gunnar Solskjaer in the middle of the park.

Yet Van de Beek grasped his chance with both hands as he impressed in their Champions League win over Istanbul Basaksehir at Old Trafford on Tuesday night. 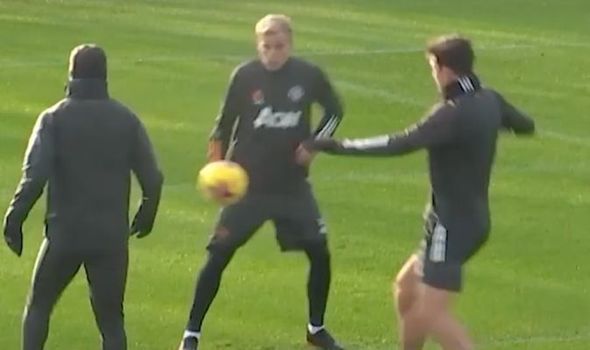 Fresh off the back of his Champions League heroics, Van de Beek was back in training with his team-mates with the club sharing footage on their official YouTube channel.

The Dutchman again caught the eye during a rondo drill, with a no-look volley to guide the ball to Victor Lindelof as well as some exquisite touches, including a chest-down to Anthony Martial.

In response, United fans demanded to see him unleashed in the Premier League, with the top comment simply reading: “Start Van De Beek! So intelligent and efficient”. 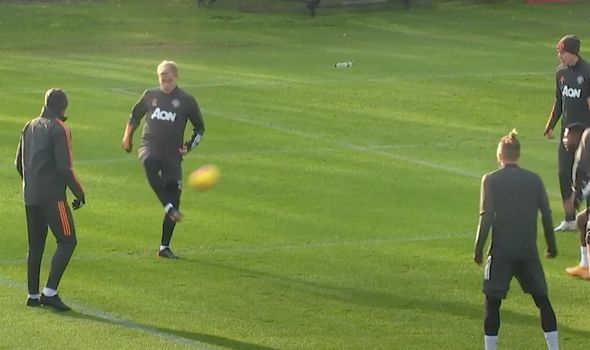 “Donny has to start”, another wrote with another comment reading: “Donny with the one-touch football is exquisite.”

A fourth said: “Van de Beek economises the ball – it can never be wasted.

“Perfect player, has to start against Southampton.”

Another added: “Donny deserves to be the first name on the team-sheet.”

Ole Gunnar Solskjaer suggested after their midweek win that Van de Beek could be set for a bigger role after an adjustment period. 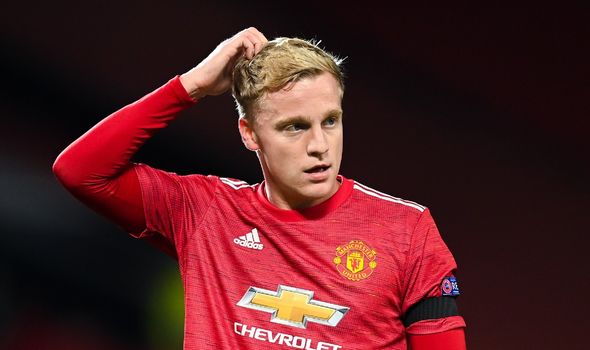 “Donny is getting used to how we want him to play. He can play in different positions,” admitted the United boss afterwards.

”He’ll sacrifice parts of his game for other people to flourish, and that’s an important factor in any great team, you need players like that,” he added.

“And he’s one player who I feel will make other players tick and perform better.

“I think Bruno was the main person today who benefited from him being in this team.”