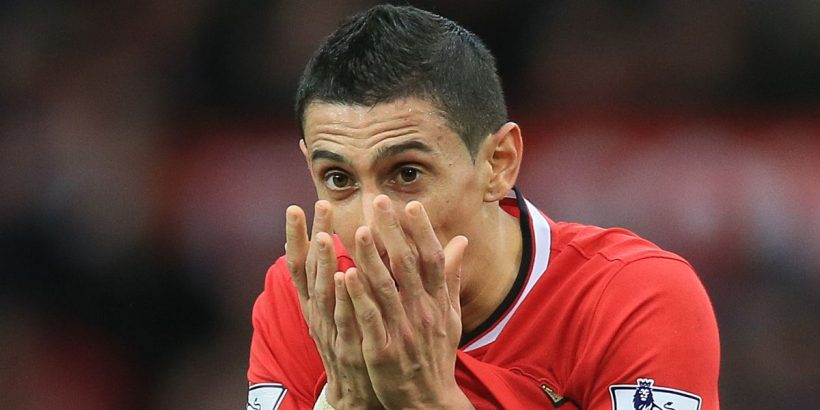 Angel Di Maria has lifted the lid on the reason behind his failure at Manchester United – blaming former head-coach Louis van Gaal.

Big things were expected of Di Maria following his £59.7 million transfer from Real Madrid in 2014.

But aside from a stunning debut, which saw the Argentine chip Leicester goalkeeper Kasper Schmeichel and provide an assist for Ander Herrera, he failed to live up to expectation.

In total he made just 32 appearances for the Red Devils under Van Gaal before being shipped off to PSG for around £44m, where he has gone on to win 17 trophies.

Speaking to Italian publication Libero, he blasted: "My problem at Manchester was the coach."

"Van Gaal was the worst of my career.

"I would score, assist, and the next day he would show me my misplaced passes.

"He displaced me from one day to the other, he didn't like players being more than him."

Van Gaal didn't last much longer than Di Maria at Old Trafford, receiving his marching orders 12 months after the winger's exit, despite lifting the FA Cup.

How do you reflect on Angel Di Maria's time at Manchester United? Let us know in the comments section.

His replacement was Jose Mourinho, whose own time at the Red Devils was cut short in December 2018 when he was sacked after 144 games in charge.

Mourinho and Di Maria worked together during their time at Real Madrid, and the latter speaks more favourably about the Portuguese boss than he does about Van Gaal.

"Mourinho is insane, with me he was always a good guy," Di Maria added.

Along with Ronaldo, the trio enjoyed plenty of success at the Bernabeu.

However, Di Maria reveals how the two Portuguese compatriots came to blows on several occasions, with Mourinho calling out the striker on more than one occasion over his perceived lack of effort.

"He fought with anyone though, he didn't give a f***," he continued.

"One time he fought with Ronaldo telling him he didn't run, that everyone ran for him."