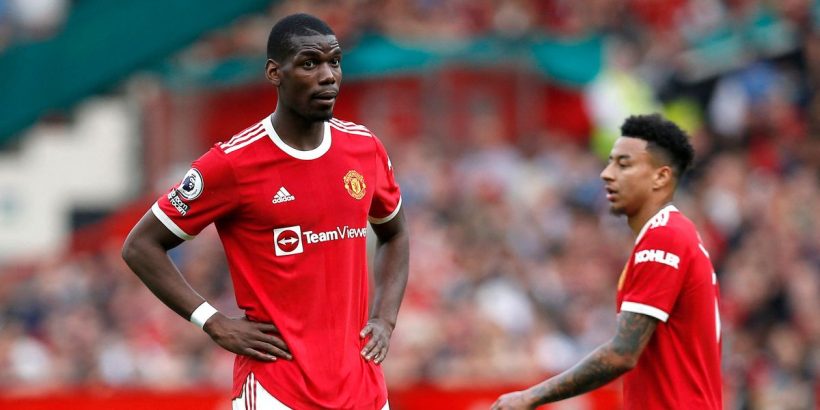 Paul Pogba is set to have a massive pay cut ahead of a summer move to Juventus.

The Old Lady have offered their former player £8million-a-year, according to the Mirror. It makes for around £160,000-a-week, a hugely significant drop from his £290,000-a-week earnings at Manchester United. The Frenchman, 29, will leave United when his contract expires next month, and it’s now thought that the Serie A club are favourites to purchase him.

It is believed that Paris Saint-Germain have also made Pogba an offer, while the midfielder is also waiting to hear from Real Madrid. But as well as the wage, Juventus have stacked their offer with a number of signing-on fees and other lucrative bonuses.

The club will also sell Pogba the idea that he would be one of their star players, and that he can link up with Dusan Vlahovic, who signed from Fiorentina for £62m in January, to become one of the main faces of the next generation of Juve players.

Paulo Dybala and Giorgio Chiellini are both set to depart the club this summer and Juventus believe that the World Cup winner can rekindle his old form with the side, despite having a torrid six years at Old Trafford.

Do you think Pogba can succeed back at Juventus? Let us know in the comments section below

Pogba had left the United setup in 2012 and joined Juventus as a teenager, before moving back to the Premier League club in 2016 for £89m.

Pogba has ambitions to move to Real Madrid but as of yet, no offer has come in. Sensationally, Manchester City were offered the chance to sign United’s midfielder but he reportedly decided that he would like to leave England for his next chapter.

Following the passing of his Mino Raiola, FootballTransfers has reported that it will be Vincenzo Raiola who has taken over the responsibility for Pogba.