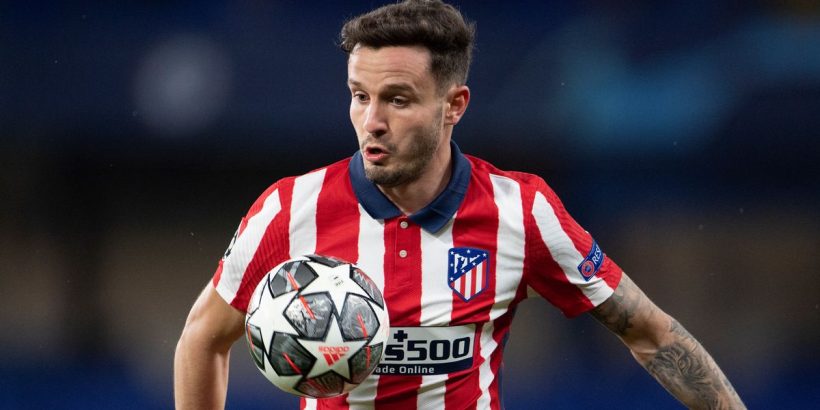 Manchester United are long-time admirers of Atletico Madrid star Saul Niguez, who could reportedly be on the move this summer.

United have regularly been linked with a move for the Spain international, who has been an impressive performer for Atletico over a number of years.

Now, according to a report from Spanish outlet AS, Saul could be one of three players that leave the club this summer, along with winger Vitolo and full-back Santiago Arias.

The report states that Saul 'lost prominence' at Atletico last season and, with Rodrigo De Paul reportedly set to join the club, the time may be right for him to leave.

United are named as an interested party, along with Premier League rivals Liverpool and Manchester City.

The 26-year-old has previously said that United's interest in him is 'flattering'.

In an interview with Marca last year, Saul said: "I am very flattered that a club like Manchester United or other teams that ask about me take me into consideration, for me it is very positive.

"And that strong people in those clubs speak well of you means that I am doing things well at Atletico Madrid."

United boss Ole Gunnar Solskjaer is hoping to strengthen his squad this summer, having admitted after his side's Europa League final defeat that they need to "make some moves on the transfer window".

Solskjaer said: "We are second best, but too far behind to threaten those who won. Then we have to strengthen ourselves.

"Of course, something will happen in the transition window. The world has become very different than 15-16 months ago, but we have to make some moves on the transfer window, but also with the team.

"It is never possible to sit back. You are constantly looking for reinforcements. Football is dynamic, so unexpected things can happen such as injuries, illness, something familiar or that someone wants to move.

"You have to take everything possible into consideration and reflection. I will never sit down and think that 'now the team is the way I want it to be', because you always see some other players or other teams doing something you want."