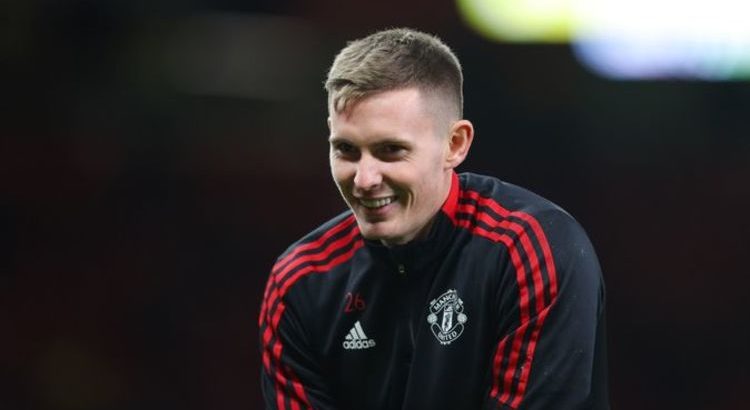 Dean Henderson’s Manchester United future is in serious limbo after reports emerged that boss Ralf Rangnick had rejected a transfer request from the England international.

Henderson has made just two appearances in all competitions this season due to the inspired form of David de Gea.

The Red Devils would be further down the table if it wasn’t for the majority of the Spaniard’s performances.

However, it has seen Henderson’s career stagnate, with the Whitehaven-born shot-stopper needing a move away from the club if he is to climb his way back into the England side.

With rumours that Tottenham and Newcastle amongst others were interested in his services, Henderson has continued to be linked with a move away from the club he joined aged just 14.

And Rangnick confirmed to talkSPORT that the keeper had asked to leave the club over the Christmas period.

“A couple of weeks ago he asked me [if he could leave],” Rangnick said.

“But I told him I’d rather have him stay until the end of the season.

“We are very happy with our goalkeepers but if it’s up to me I wouldn’t want him to leave.”

Henderson shot to prominence with some outstanding performances for Sheffield United in their promotion from the Championship and subsequent ninth-placed finish in 2019/20.

And his performances for United and for the Blades mean he is still highly-rated by potential suitors.

The report further states that Newcastle would be interested in a move for the 24-year-old if United do let him leave.

The Magpies have signed Kieran Trippier and could look to add to their English contingent with a move for Henderson.

But Rangnick’s comments suggest a deal for Henderson would not be available until the summer, which could be too late if Newcastle’s Premier League status is relinquished.

United currently have Tom Heaton and Lee Grant in their ranks.

But United would prefer to keep Henderson for the long-term, with the pair 35 and 38 years of age respectively.