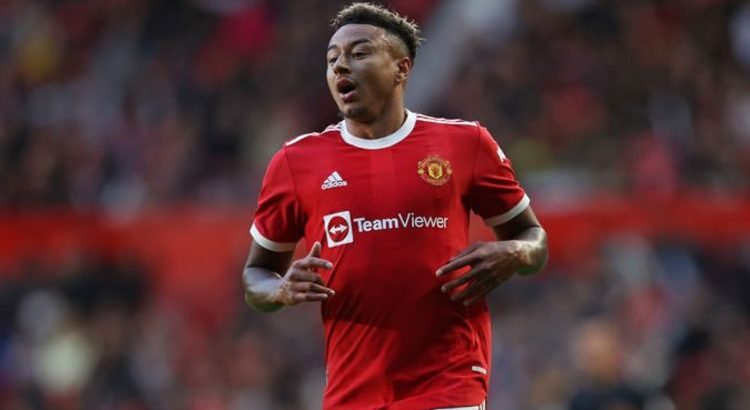 Lingard thrilled to have Ronaldo back at Man Utd

Manchester United have given Jesse Lingard an ultimatum as he continues to hold fire on signing a new deal. With his future well and truly up in the air, he could soon be on his way out of the club in January. Express Sport takes a look at him and four other players the Red Devils could be waving goodbye to in a few weeks’ time.

The United academy product showed exactly what he is all about during a short loan spell at West Ham last season.

A tempting offer remained on the table from the Hammers all summer, but eventually Lingard opted to stay at his boyhood club which, at the time, seemed a brave decision.

Given Ole Gunnar Solskjaer’s wealth of attacking talent, he has found it difficult to earn regular minutes despite notching two goals from minimal game time.

According to The Sun, £15million is now all it would take to prise him away in January if he continues to make United sweat over signing a new deal.

Lingard is not the only attacking player who could fall victim to the uber-competitive nature of United’s forward ranks.

With Jadon Sancho, Mason Greenwood and at times Paul Pogba competing for spots out wide, not to mention the likes Marcus Rashford when he returns from injury and Cristiano Ronaldo through the middle, a career revival for Martial is growing more and more unlikely.

After a lacklustre start to the season, it looks as though the Frenchman has had enough chances to prove his worth during a six-year spell at Old Trafford.

Premier League playboys Newcastle United are reportedly keen to table an offer which would give Solskjaer one less selection headache.

Solskjaer opted to keep the Portuguese around this season as an attacking alternative to Aaron Wan-Bissaka – so far, it hasn’t worked.

Dalot’s defensive frailties have often left United exposed when he plays, although being let loose from the start has not happened often.

The likes of Max Aarons and Kieran Trippier have long been linked with United to put more pressure on Wan-Bissaka, and the Red Devils could revisit that interest in January.

Dalot’s impressive spell at AC Milan last campaign should entice suitors from Italy and beyond if he is soon put in the shop window.

The Ivorian was all set to leave on loan during the summer window, although he sustained an injury at the worst possible time which left him resigned to the United treatment room.

He is soon expected to return to training alongside Rashford, but he will undoubtedly be faced with the same problem as Lingard and Martial.

Expecting a 19-year-old to get into such a star-studded attack is a longshot – even 20-year-old Mason Greenwood, hailed as the messiah at Old Trafford, has seen his minutes drop.

Feyenoord supposedly came closest during the summer, so he could once again be the subject of loan interest when the window re-opens in January.

The former England international’s surprise inclusion in a September matchday squad was his first in 19 months.

A persistent knee injury has played havoc with his time at United, and while sitting out on the side-lines he has slipped way down the pecking order.

The 29-year-old has shown enough quality in the past to earn 27 England caps.

Whether a Premier League club would be willing to take a punt on such an injury prone player is another issue altogether.