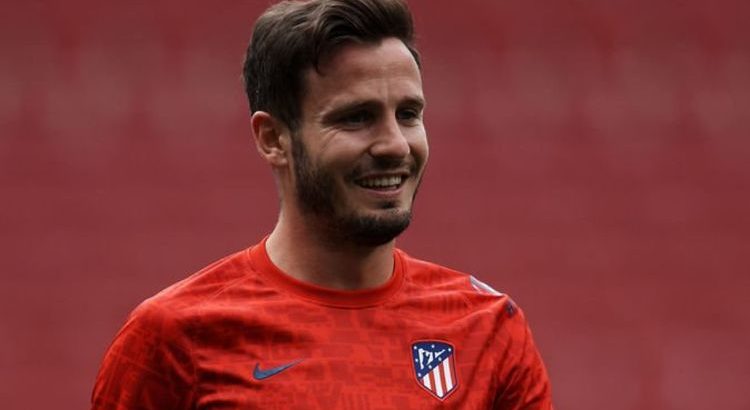 Manchester United could very well be looking at signing Liverpool’s top transfer target Saul Niguez as they look to reinforce their midfield options this summer. A potential deal would surely infuriate Jurgen Klopp’s Reds, who seemingly see Saul as the perfect fit to replace Gini Wijnaldum.

With Paul Pogba’s future still uncertain, and rumours of a PSG swoop for the Frenchman, Ole Gunnar Solskjaer might need to think fast and act.

Since then, he has made 337 appearances and scored 43 goals in the process, playing a vital role in Diego Simeone’s side that won the La Liga last season.

However, it appears Saul might be relishing a chance to move to new pastures and prove himself elsewhere on the big stage.

He is a box-to-box midfielder who is rarely injured, with bags of experience that could see him fit well into Pogba’s shoes if he does indeed leave.

According to Munda Deportivo Liverpool have had a bid of £34million turned down for the Spanish international.

Atletico are being stubborn and are hoping to hold out for an offer of £43m at least.

Liverpool’s hesitancy over the deal may afford United a chance to swoop for the player.

Solskjaer has already signed Jadon Sancho from Borussia Dortmund this summer window, however he’ll want to strengthen as much as he can if the funds are there.

But United and Liverpool must both be wary, as Barcelona are also interested according to reports from Spain.

Barcelona could offer Antoine Greizmann to Atletico in a bid to lower their drastically high wage bill and ask for Saul in return.

Yet Solskjaer’s primary target for next season will be to challenge for the Premier League and to do that he needs to start recruiting some talent.

With Sancho and Tom Heaton already confirmed, along with Raphael Varane seemingly close to joining the Red Devils, Solskjaer has certainly been making himself busy.

He has been backed by the board for another season and seems intent on turning United into the champions they once were.

Signing a player of Saul’s calibre, and for quite a low fee considering, would give United a real chance of challenging domestically and in Europe next season.

The move would not only give United a fantastic midfield option next season, but deal a huge blow to arch-rivals Liverpool, who will no doubt be hurting if they miss out on their ideal Wijnaldum replacement.