Manchester United icon Rio Ferdinand has his ears close to the ground at Old Trafford with inside information on the club’s stance regarding Ole Gunnar Solskjaer’s future at the club. United had appeared to have turned a corner after the international break with impressive wins over Newcastle, Paris Saint-Germain and RB Leipzig.

But Solskjaer’s position has once again come under serious questions following back-to-back defeats against Arsenal and Istanbul Basaksehir.

They’re back in action this afternoon against Everton with Solskjaer desperately needing a win heading into the international break.

There have been reports that United have already contacted Mauricio Pochettino about the possibility of replacing Solskjaer.

The Argentine coach has been out of work since being replaced by Jose Mourinho at Tottenham almost a year ago. 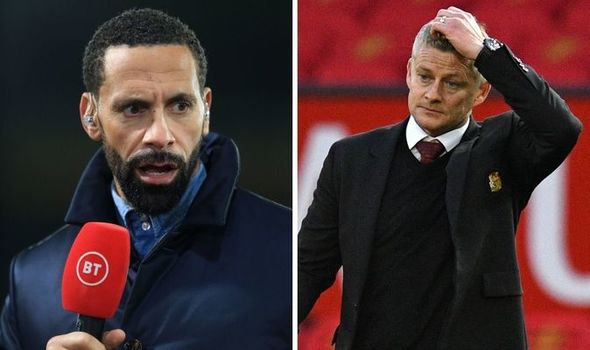 He’s long been linked with taking over at United, but his appearance on Sky Sports’ Monday Night Football sparked speculation over a possible return to the Premier League soon.

“I’m always ready to be involved in the game,” Pochettino said.

“I love football. It’s my passion, not my job. It’s not a stress when you are working.

Mauricio Pochettino to Man Utd: What target has said about four stars

“I’m looking forward to being involved in the game.”

However, Ferdinand insists the club aren’t currently in contact with anybody as they’re happy to move forward with Solskjaer for the time being.

When asked on BT Sport whether United could be looking to replace Solskjaer if they lose to Everton, Ferdinand said: “I think that depends on the hierarchy at the club.

“The news coming out of the club to my ears is that they’re not looking. 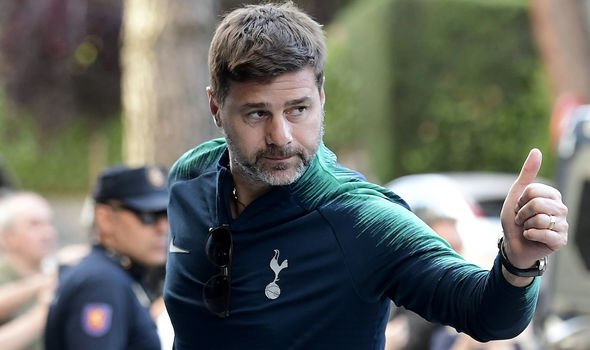 “They’re not searching for a replacement.

“They’re very much behind Ole. They’re invested in terms of recruitment for him and and they want to let him see that out.

“But obviously if results do continue in this vein, then they will maybe have to reassess that.”

What can happen in the Champions League tonight? Manchester United, Chelsea and Barcelona permutations