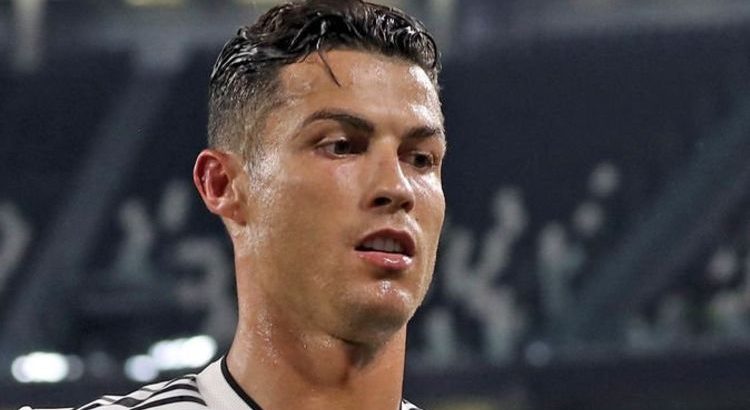 Manchester United are in contact with Jorge Mendes over a stunning return for Cristiano Ronaldo before the transfer window slams shuts, it has been claimed. Juventus are open to parting ways with the 36-year-old. But it’s currently Manchester City, instead, who are frontrunners in the race to secure his signature.

Manchester United initially signed Ronaldo back in the summer of 2003, as a replacement for David Beckham following his move to Real Madrid.

It took the Portugal international three years to adjust to life in the Premier League, with his tricks and flicks sometimes backfiring despite his obvious talent.

But Ronaldo returned from a spat with Wayne Rooney at the 2006 World Cup as a player transformed, propelling the club to three league titles on the spin as well as the Champions League title in 2008.

As a result, he’s seen as a club legend within Old Trafford.

However, Ronaldo could now be about to risk tarnishing his legacy with a controversial move to Manchester City instead.

The reigning league champions are in touch with the player’s agent, Jorge Mendes, over a return to England over at the Etihad Stadium.

From United’s end, all is quiet.

Yet talkSPORT’s Alex Crook has claimed United are actually in touch with Mendes over a stunning return for Ronaldo, though a deal appears unlikely.

“Understand Mendes has been in touch with #MUFC about a possible emotional return to Old Trafford but looks unlikely,” he tweeted.

United have been linked with Ronaldo just about every year since he joined Real Madrid back in 2009.

And, now, it seems like something could happen on that front.

However, it still appears likelier that Ronaldo will move back to England wearing the sky blue colours of City instead.

And that would definitely upset many of the Old Trafford faithful, especially given how they still sing his name at matches all these years on.

The Ligue 1 giants have received a massive £137million bid from Real Madrid for Kylian Mbappe, who is eager to move to the Bernabeu.

And, should Mbappe depart, the French titans could target Ronaldo as a potential replacement and deploy him alongside Lionel Messi and Neymar in a formidable front three.

That would definitely please United more.

Yet what happens with Ronaldo remains to be seen, especially with City hellbent on signing a new forward before the transfer window slams shut on August 31.

Meanwhile, speaking on Thursday, Rooney had his say on the situation.

The Derby boss spent five years playing alongside Ronaldo, with the pair gelling on and off the pitch.

And he expressed a belief that the Portugal international wouldn’t move to City because of what it would do to United supporters.

“I think Cristiano has got a very good legacy at Manchester United and I know how proud he is as a player and a person,” Rooney told talkSPORT.

“I can’t see [him joining City], but it’s football so you never know. There have been a few that have done it but no one at Cristiano’s level. Obviously Peter Schmeichel and Andy Cole, but I just can’t see that as an option for him really.

“Financially of course he doesn’t need to do it. I think it’s more likely that it’s PSG he goes to.”

Rooney, now the head coach of Derby County, also emphasised that under no circumstances would he himself make a switch to City.

“I think you need to do what’s right for you as a person, for your family,” he said. “Everyone knows I could never play for Liverpool or Manchester City. That’s obvious but everyone’s different.

“I think people move to clubs where they don’t really want to but from a financial point of view that might be the only option they have, so I might get it from some people’s point of view.

“But in terms of myself that just wouldn’t be an option.”