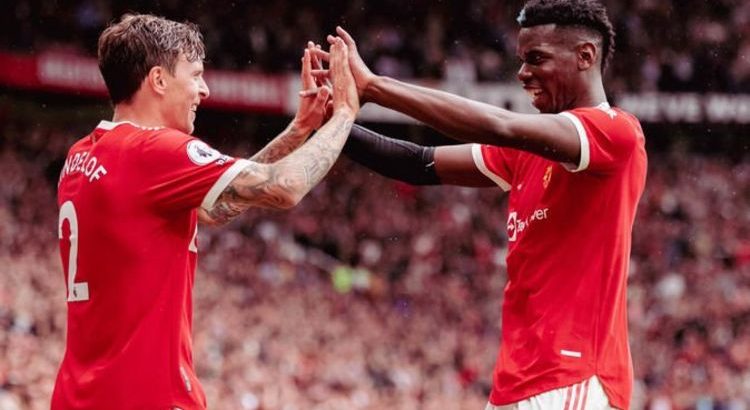 Manchester United star Paul Pogba has shown ‘little interest’ in signing a new contract at Old Trafford, reports say. The France international was in mesmeric form as Leeds were thumped 5-1 on Saturday afternoon. But this campaign could be his last in the club’s colours amid interest from Europe’s elite.

Manchester United went into Saturday’s match against Leeds hoping to get their season off to a positive start.

And though Luke Ayling netted a terrific strike for the visitors, Ole Gunnar Solskjaer’s side ran riot with a fine display.

Bruno Fernandes was the star of the show, netting a sublime hat-trick with Mason Greenwood and Fred also finding the net.

But Pogba was also outstanding, with the France international registering four assists in a display that oozed class.

It was a stark contrast to 12 months ago, where the 28-year-old toiled during an opening day defeat to Crystal Palace at Old Trafford.

But while Pogba was excellent, the Daily Mail say the midfielder has shown ‘little interest’ in penning a contract extension with the club.

Solskjaer wants the World Cup winner to stay. He values Pogba and has made it clear, both privately and publicly, he’s a key man.

Yet the United star’s second coming at Old Trafford hasn’t worked out the way he or the club will have hoped for when he touched down from Juventus in 2016.

The Red Devils broke the transfer record to land Pogba, spending a massive £89million on bringing him back to the club.

However, he’s won just two trophies during his five years with United – blowing hot and cold under both Solskjaer and Jose Mourinho.

Now, it’s feasible his improved performances are a way of ensuring Europe’s elite come in for him in a year’s time – where he’ll be a free agent.

Real Madrid have long been linked, though Paris Saint-Germain’s Kylian Mbappe is their preferred target at the current moment in time.

PSG themselves may swoop for Pogba next summer when they’ve had a year of Lionel Messi-generation cash come in.

And Juventus would love to re-sign the former Le Havre prodigy, despite letting him go five years ago.

Fernandes lauded Pogba after the match against Leeds, admitting his team-mate was majestic during his 75 minutes on the field.

“We know what he can do and he showed that.

“He’s really important for us and we know we can expect this type of performance from Paul.”

Solskjaer also opened up on the 28-year-old after the match, admitting he was thrilled by what the midfielder produced.

“I have a great relationship with Paul all the time since he was a kid,” Solskjaer told BT Sport.

“Today was just about, ‘go out there enjoy yourself’. We just gave him the freedom of roaming wherever you want to go and get on the ball.

“All the best players would want to feel our trust in them and confidence and Paul is one of them who you can create moments out of nothing; he is so strong and I was so impressed by his fitness, so that is a good sign.”

Pogba will be hoping to start when United lock horns with Southampton on Sunday.

The Saints lost their Premier League opener, going down 3-1 to Everton at Goodison Park.

And United will be aiming to win at St Mary’s again after claiming a 3-2 victory in the same fixture back in December.