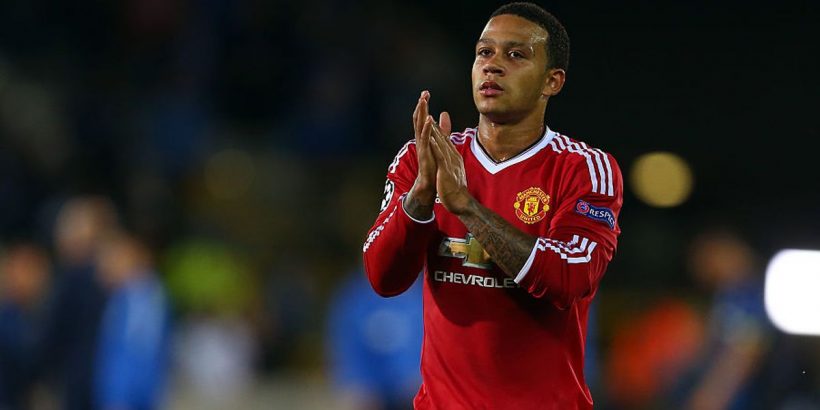 Manchester United have missed out on the chance to bring Memphis Depay back to England after the forward signed for Barcelona this week.

United had included a buyback clause in their deal with Lyon, but the Dutchman’s four-year contract ran out at the end of the season.

Depay has therefore joined Barca on a free transfer, meaning he will be playing alongside Lionel Messi next season.

Memphis was sold to Lyon in January 2017 after a disappointing spell in Manchester that saw him heavily criticised by some club legends.

The Dutchman only found the net twice in his 33 games for the club, ending his tenure in England after a year and a half.

However, he has impressed greatly since moving to Ligue 1, bagging an impressive 63 goals in 139 appearances for Lyon.

He is also the focal point of the Netherlands attack as Frank de Boer’s side look to win a second European Championship after their success in 1988.

United are well-known to include unique clauses in their agreements for players, having done so with Adnan Januzaj when he moved to Real Sociedad.

A buyback option was included in that deal just in case the Belgian turned into a star whilst in La Liga.

Do you think Manchester United should have tried to sign Depay on a free transfer? Let us know in the comments section.

The club also added in a strange clause recently in their pursuit of Jadon Sancho from Borussia Dortmund.

United had included a Ballon d’Or clause in the offer, meaning if the English winger ever came in the top three of voting, then they would pay Dortmund an agreed amount of money.

This offer was quickly declined by the German club as they were reportedly more interested in team achievements.

Depay will look to take his career to the next step with the Spanish giants, as he looks to impress at the top level at the Nou Camp.