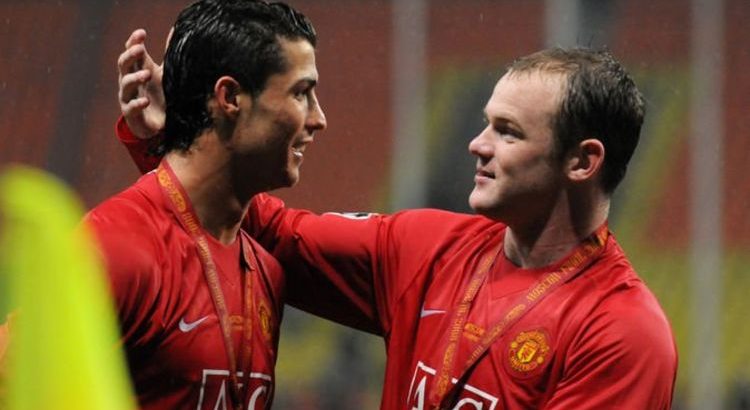 Manchester United are training up the next generation of young talent, and the sons of two club legends have recently teamed up in the youth ranks.

Wayne Rooney and Cristiano Ronaldo’s sons are both impressing in the same age group at United’s academy, meaning the prospect of a new Ronaldo and Rooney combination in the future of the first team isn’t out of the question.

Cristiano Ronaldo Jr moved from the Juventus academy and into the Man Utd set-up when his dad made the same move on transfer deadline day.

And the 11-year-old has linked up with Kai Rooney, also 11, at Carrington.

The pair’s parents played 206 games together for United between the ages of 2004 and 2009, and if the new generation come even close to matching that feat then it will be something special for the club.

Cristiano Jr has been trained by his father for years and is apparently a better footballer than Ronaldo Sr was at the same age.

“At the time, Ronaldo didn’t have a coach, but today Ronaldo is his son’s teacher.”

The young Ronaldo is fresh into the United academy, whereas Kai Rooney is an established presence having signed a deal in December 2020.

The youngster hit a hat-trick and assisted the other three goals in a 6-3 win over Stoke for the United Under-11s back in May, underlining his potential.

And dad Wayne is full of praise for his young lad, saying: “Yeah I’m a proud dad.

“He’s been working hard, he obviously came over to the States with us to continue with his football,” Rooney explained in an interview last December.

“He went on trial with Manchester United and he’s impressed the coaches. He signed his forms so I’m delighted for him.

“He did have other options, other clubs to go to.

“But he decided he wants to sign for Manchester United, so it was his decision and not mine.”

If either the young Rooney or Ronaldo manage even a fraction of their fathers’ achievements in the game then they will be in for stellar careers.

But it will be interesting to see how the youngsters develop as players during their time at the club.

And don’t rule out seeing a Rooney-Ronaldo combination back in the Man Utd first XI in future just yet.
Source: Read Full Article