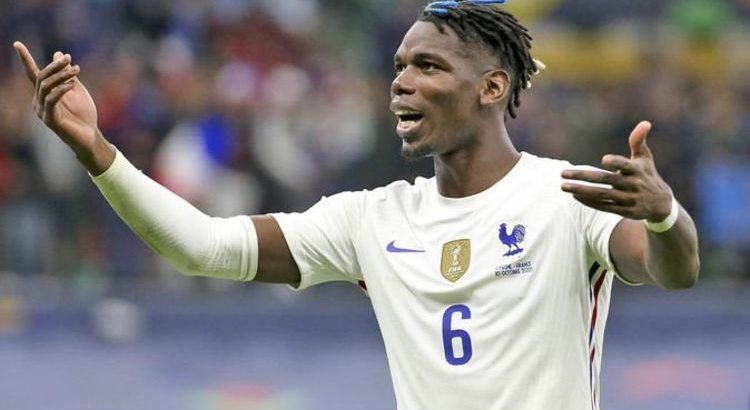 Throughout his time at Manchester United, Paul Pogba has occupied a variety of different positions. A midfielder by trade, he’s also been used on the wing and at centre-back throughout his time at Old Trafford. And, following Raphael Varane’s injury, he could be set for a prolonged period in the latter area.

Manchester United signed Pogba back in the summer transfer window of 2016 believing he’d the answer to their midfield issues.

But, five years on, and the jury remains out on the France international.

Over the past year, Ole Gunnar Solskjaer has appeared reluctant to play Pogba in a flat midfield two alongside either Fred, Scott McTominay or Nemanja Matic.

Instead, that’s meant the 28-year-old being used in the offensive areas.

That’s more of a hindrance than a help, especially given the vast attacking talent Solskjaer currently has at his disposal.

So, in the wake of Varane’s injury, it now begs the question: Is now the time to trial him at the back instead?

United are already without Harry Maguire, who was forced out of the 1-0 home defeat to Aston Villa at the end of September.

And Victor Lindelof and Eric Bailly, as a partnership, doesn’t seem to work.

So why Pogba? Well, Jose Mourinho said in 2016 that the France international had all the attributes required to be a world-class defender.

“He’s a top player,” he said at the time, long before their relationship soured.

“And I think he could be a phenomenal central defender, with the quality of his pass, his aerial game, his agility in such a big body.

“For the defensive side of the game, coming from the back with the ball he could be a phenomenal central defender.

“He can play in so many positions.”

And Mourinho did actually use Pogba as a centre-back throughout his time in charge, in a 3-2 win over Newcastle.

That was a stirring contest.

The Red Devils found themselves trailing 2-0 at half time, with Mourinho looking destined for the sack.

Kennedy and Yoshinori Muto had put the visitors ahead and United’s afternoon went from bad to worse, with Bailly then forced off injured.

But Mourinho then decided to go gung-ho and played Pogba at the back, bringing on Marouane Fellaini to play in midfield.

From that moment on, the match changed.

Pogba, with his raking passes and discipline, managed to help orchestrate a sensational comeback to ease the pressure on Mourinho’s shoulders.

Juan Mata got the ball rolling in the 70th minute, with Anthony Martial then notching six minutes later.

And Alexis Sanchez, of all people, then popped up with the winner in the closing stages.

But his heat map told a different story, while fans on social media called the Roma boss out for his comments.

Now, with United facing the prospect of Bailly and Lindelof being partners for a tricky run of fixtures, it could be time to repeat the experiment.

Pogba in defence would free up a starting spot for Donny van de Beek, who many fans want to see start.

But whether United and Solskjaer go this bold is something only time will ultimately tell.