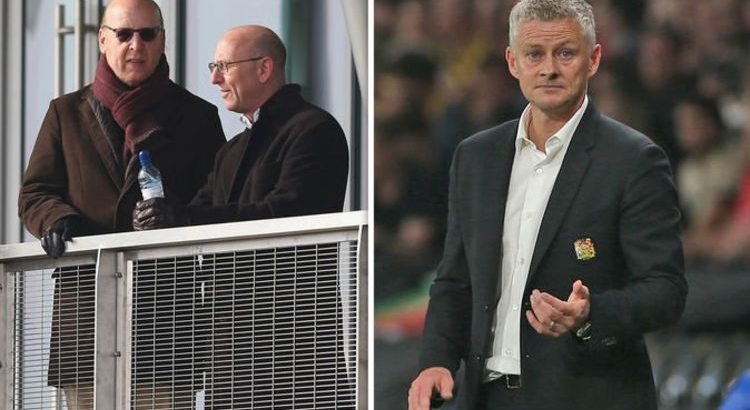 Manchester United may have only given Ole Gunnar Solskjaer a new contract back in the summer, but that hasn’t stopped some fans from calling for his head in the aftermath of their 2-1 Champions League loss to FC Young Boys on Tuesday night. The Red Devils went into the game as strong favourites to take all three points. But they instead slumped to a disappointing defeat, in a blow to their hopes of making it out of the group stages.

Manchester United went into the match against Young Boys on a high after thumping Newcastle 4-1 at the weekend.

And their evening got off to the perfect start courtesy of Cristiano Ronaldo, who opened the scoring after a sumptuous pass from Bruno Fernandes.

However, when Aaron Wan-Bissaka received a straight red card, everything changed.

Young Boys levelled through Moumi Ngamaleu, with Theoson Siebatcheu then netting a winner following a poor mistake from Jesse Lingard in the dying stages.

Some fans now want the Glazers to sack Solskjaer, who has lost seven of his 11 Champions League matches in charge of the side.

So Express Sport will now look at the three points the Americans must consider if they’re forced into yet another managerial casualty.

But that doesn’t matter. He’s a serial winner who will have to be top of United’s wishlist if they’re to give Solskjaer the boot.

Conte has a history of lifting every team he’s been at. He turned Juventus around, won the Premier League title with Chelsea and, recently, guided Inter Milan to Serie A glory.

United would have to sacrifice the free-flowing football they pride themselves for.

However, it’d be worth the punt if Conte can steer them to the Premier League title they covet the most.

Another top manager who is currently available is Zinedine Zidane.

The Frenchman walked away from his post at Real Madrid earlier in the year and, though his final season at the Bernabeu didn’t meet expectations, he won the lot during his two stints at the helm.

In Ronaldo, Raphael Varane and Paul Pogba, they have three players Zidane would definitely get along with.

And he’s a manager who would likely try to play the same attacking football United supporters want, having done so during his two spells with Los Blancos.

Zidane would be a gamble given he’s only managed at Real Madrid so far, but one the Glazers would be wise to contemplate regardless.

Brendan Rodgers hasn’t won the Premier League or Champions League during his managerial career so far.

But that shouldn’t matter. He’s still a top boss and his work at Leicester is a testament to his character and what he’s all about.

The Foxes are on an upwards trajectory under the Northern Irishman, especially after winning the FA Cup and Community Shield this year.

Rodgers, like Zidane, would bring an attacking style with him to Old Trafford.

And although his Liverpool past may make him a controversial option, the Glazers would be correct to have him in their thoughts if they’re forced to give Solskjaer his marching orders.

Speaking after the defeat in Switzerland, talkSPORT pundit Jason Cundy branded Solskjaer ‘utterly clueless’ and urged the club to cut him loose.

“That there, shows he’s utterly clueless,” Cundy said on TalkSPORT. “Young Boys are normally whipping boys of European football and United get rolled over 2-1… it was a disasterclass, it was an absolute disaster.

“It exposed Ole, it did badly. I’d sack him. We know what’s coming, don’t we? You’ve got Antonio Conte out there…

“Who’s the better manager? There will be a stage in the season where they’ll be like ‘I wish we did it earlier.’

And he then added: “They were getting overrun in the middle of the park.

“Poor Fred, Paul Pogba and Bruno Fernandes. I’ve got so much sympathy for them, they had no help, they were getting passed around.

“The back five didn’t move, they were getting outnumbered. It wasn’t working, they should have gone for four in defence and four in midfield.”