Manchester United are reportedly aiming to try again in negotiations with Barcelona in January to lure Ousmane Dembele to Old Trafford. Jadon Sancho was United’s clear No 1 target in the summer transfer window with Borussia Dortmund demanding £108million.

United were hoping to negotiate down Dortmund’s valuation, but it soon became clear that the Bundesliga outfit weren’t willing to do so.

The Red Devils were then forced to move on to other alternatives in the final few weeks of the transfer window.

And Dembele emerged as a possible target with the Frenchman having struggled to stamp his authority at Barcelona since joining in 2017.

A large part of that has been Dembele’s torrid luck with injuries in the past three years. 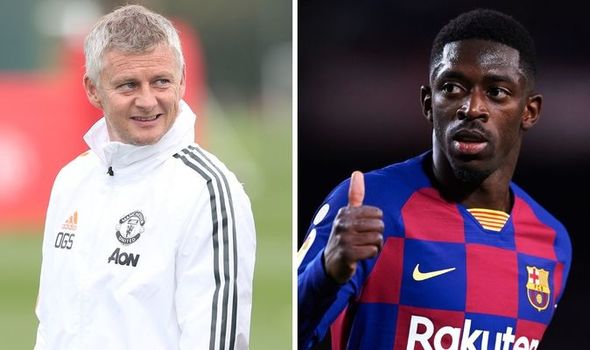 He was limited to just five league appearances last season and there was uncertainty about his role at the club following Ronald Koeman’s arrival as manager this past summer.

Reports suggested that Barcelona were willing to listen to offers for the 23-year-old.

United were only willing to consider a loan move though with no obligation to buy next summer.

The La Liga giants were said to have baulked at United’s stance as they wanted assurances that any loan deal would include a commitment to buy Dembele next summer.

United ended up turning their attention elsewhere on deadline day, signing two stars of the future in Facundo Pellistri and Amad Traore.

But Mundo Deportivo now claim that United are ready to revive their interest in Dembele after a poor start to the season.

It is claimed that United officials remain keen on the French winger and Barcelona would be willing to take a huge hit on the £135m they paid to sign Dembele back in 2017.

The report states Barcelona would accept a bid of around £45m with four other players set to be sold off to raise funds for Ronald Koeman. 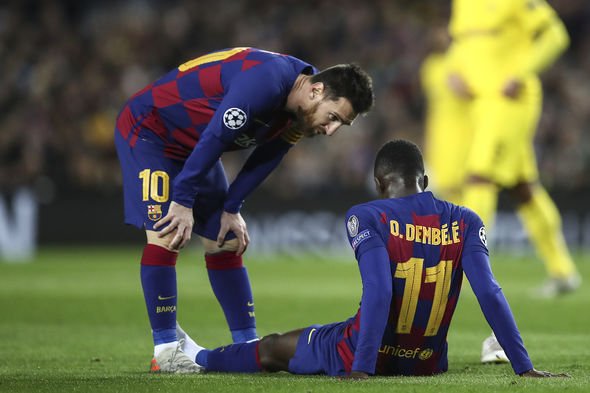 The Barcelona boss has made no secret of his desire to sign Memphis Depay from Lyon.

But United reportedly haven’t wavered from their interest in only signing Dembele on a loan until the end of the season.

The former Dortmund star has struggled to make an impact at Barcelona so fart this season with the Spanish giants going four league games without a win.

Barcelona currently sit 12th in the table after six games and are already nine points adrift off the top of the table.

Neymar wants to play with Messi again but where could they reunite?