Manchester United left it late but secured all three points at Newcastle thanks to a flurry of late goals from Bruno Fernandes, Aaron Wan-Bissaka and Marcus Rashford. The Portuguese international missed a penalty but made amends five minutes from time with a fine finish before Wan-Bissaka and Rashford added some gloss to the scoreline.

It was the hosts who took the lead with less than two minutes on the clock as Luke Shaw accidentally turned in Emil Krafth’s cross past David de Gea.

United responded well though and were level through captain Harry Maguire, who planted his header into the bottom corner.

Ole Gunnar Solskjaer’s had more shots than any other team in a Premier League game this season and persistence finally paid off when Fernandes fired home for the visitors late in the day.

Wan-Bissaka then put the icing on the cake, smashing the ball into the roof of the Newcastle net before Rashford got a well-deserved fourth to cap off a fine performance.

Here’s how the United players rated on Tyneside… 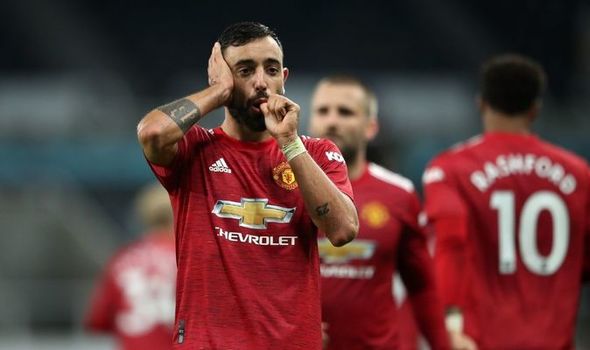 Couldn’t do much about the deflected opener. Looked like he may have damaged his shoulder when diving against the post in the first half. Managed to recover and made an excellent save to deny Callum Wilson and keep United on level terms.

Was a persistent attacking threat in the first half and had his work cut out dealing with Allan Saint-Maximin. Scored a brilliant third goal, collecting the ball from Rashford’s pass and firing high into the net.

Responded excellently to a difficult few weeks. Was handed the chance to start after being sent off for England against Denmark and repaid the faith with a fine header in the first half. Nearly scored another with a fine strike from long range late on.

Improved performance from the Swede, whose place in the side is now under threat. Made several fine blocks and had his hands full dealing with the lively Wilson.

With Alex Telles watching on from the sidelines, things did not get off to the best of starts. Shaw turned past his own keeper inside two minutes to give Newcastle the lead. Solid besides that, though.

An impressive display from the Brazilian, who did not need a second invitation to shoot from range. Full of energy throughout the contest.

Not his finest display in what was a rare chance for him to put down a marker.

Redeemed himself by hitting the winning goal after missing a second-half penalty, his first saved from 11 spot-kicks for the Red Devils. He did also have the ball in the net in the first half but it was ruled out for offside but it didn’t matter in the end after his lovely finish that flew in off the post from close range. 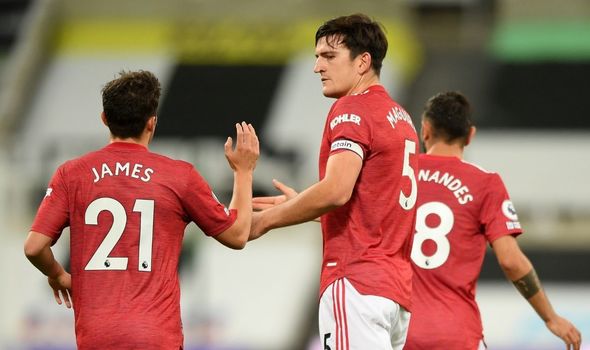 Not a bad showing from the Spaniard, who brought balance to United’s play. Showed his technical ability and experience but lack of pace showed.

Fairly quiet but did have a few bright moments. Failed to test Karl Darlow after creating a decent opening in the first half.

Lacked sharpness in the first half but still caused major problems. Stung the palms of Darlow and won the penalty, after being fouled by Jamal Lewis. Fine work from the forward to set up Fernandes and Wan-Bissaka before he got in on the act himself at the death.

SIR CLIVE WOODWARD: Wasps in the mood to pull of shock against Exeter