Ole Gunnar Solskjaer has defended Manchester United after the Deloitte Football Money League report claimed the club was at risk of losing their financial prowess. Bruno Fernandes has been linked with a move to Old Trafford and Solskjaer believes he will be backed to get the deal done.

Express Sport understands United are nearing a £50million deal with Sporting Lisbon which could rise to £65m with add-ons.

However, a Deloitte report this morning claimed the Red Devils’ poor results “could put the club at risk of losing its position as the Premier League’s highest revenue generating club for the first time in Money League history.”

But Solskjaer is not worried about his side’s pull and insists he will be “given the resources” to complete his rebuilding job.

Ed Woodward backed the Norwegian in the summer’s transfer windows and he will continue to do so this month as Fernandes edges closer to a blockbuster move. 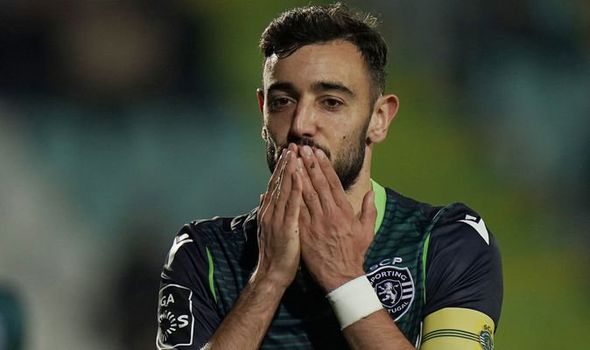 “For me, the most important thing is we get results sorted, get performances on the pitch, gotta be my focus,” Solskjaer said when quizzed on Deloitte’s report.

“But I know we’ve got the resources, we’ve got the backing if we need to go into the transfer market. We are still up there, so still in a good place.”

Barcelona leapfrogged Real Madrid to top the Football Money League with a gigantic £741million in revenue.

Los Blancos were a staggering £74m behind, although they remained ahead of third-placed United.

The second best Premier League side was Manchester City who sit sixth, followed by Liverpool Tottenham and Chelsea.

Failure to quality for the Champions League next season could see United slip below some of their English rivals.

But the potential addition of Fernandes would bolster their chances of finishing the campaign in the top four.

Solskjaer was quizzed this morning on if the deal was getting any closer but he kept his cards close to his chest.

“I’ve got no transfer updates, so no,” Solskjaer said.

“If we get something that we can tell you about we will but I’ve got no news now.”

“All the noise is coming from Portugal, I think Bruno Fernandes would love to be a Manchester United player, I don’t think anything’s changed from the summer,” he said on Sky Sports News.

“I think Sporting Lisbon would like to sort a deal out, they’ve got financial problems of their own. But from a Manchester United point of view it’s very cagey. There’s not a lot of noise coming out of Old Trafford.”