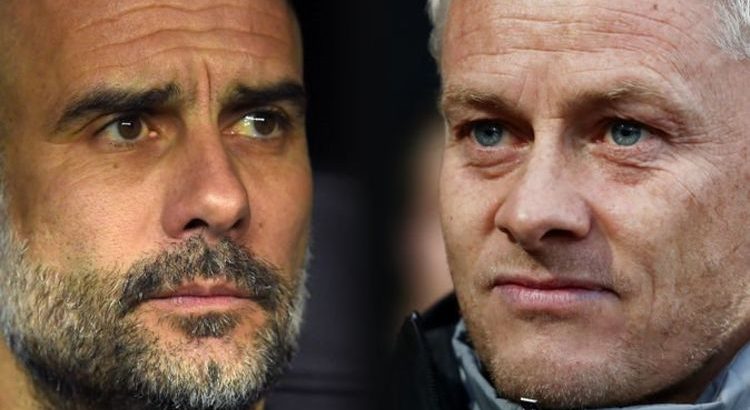 Manchester United could have an even more ferocious transfer battle on their hands next summer than it took to sign Cristiano Ronaldo in August. Manchester City could be the common denominator on both occasions after the Blues were pipped to Ronaldo this summer, but they should be right in the mix to sign Erling Haaland in 2022.

United faced stiff competition from City to land Ronaldo, although the deal progressed extremely quickly just hours after it looked as though the Portuguese was heading to the Etihad.

The 36-year-old has already made a great start to life back at Old Trafford, netting three goals in his first two games, despite suffering an embarrassing loss to Young Boys on Tuesday.

Given Ronaldo’s age, however, chasing long-term targets up front will remain a priority for Ole Gunnar Solskjaer over the coming transfer windows.

Erling Haaland is set to be the hottest prospect on the continent when his £65million release clause becomes active next summer, although United’s likely interest will be matched around Europe.

According to SportBild, Real Madrid and PSG will join both Manchester clubs in the hunt to sign the prolific Norwegian.

Pulling off a reunion with Ronaldo was one thing, but surpassing a series of European heavyweights to land Haaland would be an incredible coup for the Red Devils.

Circumstances could also work against them, with their blue-shirted neighbours perhaps having the most logical run at signing the 21-year-old next summer.

PSG’s wage bill is already through the roof, Madrid could opt for Kylian Mbappe instead, while the presence of Ronaldo up top could put Haaland off the idea of moving to Old Trafford.

Furthermore, Haaland’s father, Alf-Inge, played for City in the early-2000s and suffered a career-ending knee injury at the hands of United’s Roy Keane.

Liverpool have also been mentioned as they face the prospect of refreshing their ageing strike force, while Bayern Munich could also be in the running as serial buyers of the Bundesliga’s best talent.

All things considered, convincing Haaland that United is the right place to come could be a tough sell for Solskjaer and transfer chief John Murtough.

Signing Ronaldo was an incredible way to cap off a fruitful summer, but Haaland does not have anywhere near the same loyalties to the club.

In fact, many factors suggest quite the opposite.

That is unlikely to stop them from trying, however, with the opportunity to sign such a talent for a relatively meagre price-tag unlikely to come around again any time soon.

United are sure to play their part in next summer’s blockbuster transfer battle, although they will once again have to go toe-to-toe with City, among others, to make it happen.