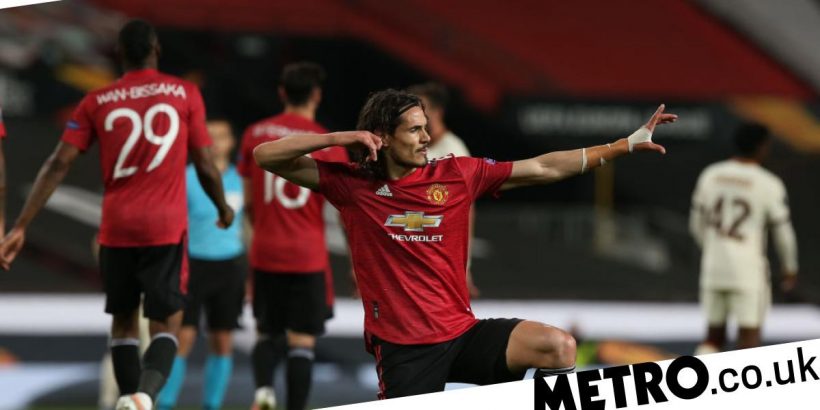 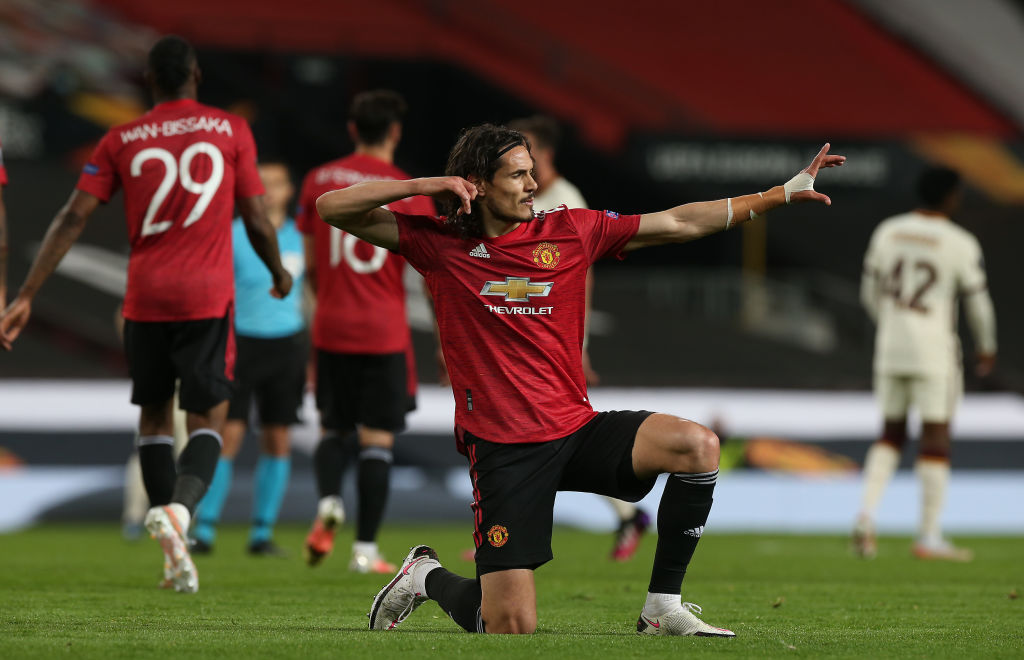 Edinson Cavani has decided against leaving Manchester United this summer and will instead remain at Old Trafford next season, reports claim.

Cavani had appeared set on ending his time in English football and returning to his native Argentina, with Boca Juniors reportedly keen to sign him.

But, despite his doubts, he has now been persuaded to stick around and will stay for at least another season, according to ESPN.

Cavani has scored 12 goals in 33 appearances this season, with 16 of those appearances coming from the bench.

The official announcement is expected next week and will be well received news from United boss Ole Gunnar Solskjaer, who was on the charm offensive after the former Paris Saint-Germain striker scored twice in a 6-2 thrashing of Roma.

‘Edinson was out for seven months and not playing football for a very long time before he came to us,’ Solskjaer said. ‘He’s had a couple of injuries and has worked really hard to show his quality.

‘He knows my feelings, he knows that I would love to have him for another year, we have spoken about it. I understand this year has been very difficult, but I promised him that Old Trafford and Manchester is a different place with fans in the stadium.

‘I’m doing my best, nights like this [help], hopefully we can get to the final and hopefully he can see himself being here for another year.

He added on his performance: ‘Edinson was excellent. I’ve said before, he plays as a centre-forward should be playing, running the channels, being the focal points, creating chances for others, scoring goals.

‘He missed a couple of chances as well, but that is what he is there to do really, if he gets three or four chances a game, he will score two or three goals.

‘I’m absolutely delighted with him. You can see the difference in him, he’s worked up his fitness having had a long lay-off. He’s making up for lost time.

‘He is more than a goal poacher, he’s a very good goal scorer. He’s played football for so long; he has a calmness and composure about him.

‘The flick for the first goal, the pass for Mason’s goal, he’s just showing his experience and we need that at this time of the season. We want and need our experienced players to step up and he definitely has done.’