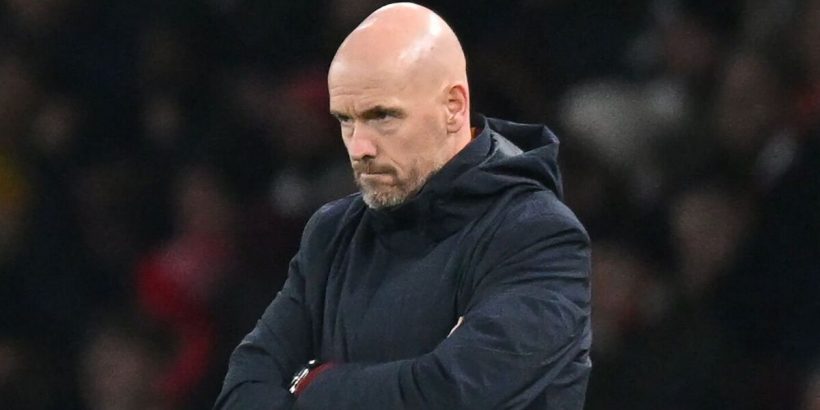 Manchester United risk making a dangerous mistake that could derail Erik ten Hag’s rebuild at one of the first hurdles. Sunday’s defeat at Arsenal highlighted a significant issue that will only continue to hamper Ten Hag as he vies to bring the glory days back to Old Trafford.

There is just as much intrigue about outgoings than incomings ahead of the Dutchman’s second summer transfer window at the helm.

Ten Hag will want further arrivals to help realise his footballing vision at United after the success of all five of his first batch of permanent signings this season.

But offloading deadwood and other players who aren’t of the required quality to take the club forward and match his play style is just as important.

David de Gea is a bonafide United legend and remains one of the world’s best shot-stoppers. But lower wages or not, Ten Hag must remove him from the picture.

The Red Devils boss has demonstrated throughout his coaching career that a ball-playing goalkeeper is just as crucial to his philosophy as creative full-backs and progressive centre-backs.

Win a pair of tickets to the Premier League or Women’s Super League match of your choosing! Enter below. CLICK HERE

But De Gea has never been that, and his performance in the 3-2 loss at the Emirates Stadium was proof that his ties were one Ten Hag must cut to accelerate the process.

The Spaniard’s distribution was inconsistent throughout the afternoon, inviting Arsenal pressure and disrupting the possession that is so important to Ten Hag’s style.

The Gunners took advantage of his frailties for their opening goal, forcing a defensive mix-up between De Gea and Aaron Wan-Bissaka in the build-up to Eddie Nketiah’s header.

His performance made the penny drop for numerous United supporters. And with his contract expiring in July, many have urged the club to opt against an extension and sign a long-term replacement.

Reports claim De Gea is expected to sign a new contract at Old Trafford, including a significant salary decrease from the eye-watering £375,000-per-week wage he currently pockets.

He has been touted to earn £200,000 weekly on his new deal after the club introduced a salary cap to wipe out a jealous culture from the dressing room.

But even if De Gea costs United £10.4million annually rather than £19.5m, he does not fit Ten Hag’s vision and will either continue to stifle his rebuild or become an overpaid backup option.

United fans will remember the 32-year-old as one of the club’s greatest ever stoppers, but there is now a wide acceptance that his time should be up.