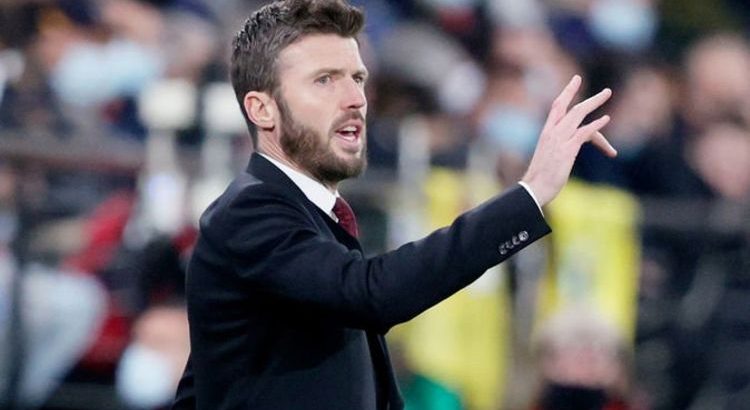 Manchester United’s senior players believe nothing has changed in terms of how the club is run since the appointment of Michael Carrick as interim boss, according to reports. Carrick was put in caretaker charge of United following the sacking of Ole Gunnar Solskjaer on Sunday. The former midfielder was a key member of Solskjaer’s coaching team and some have criticised the club’s decision to give him the job.

Kieran McKenna and Mike Phelan have also both been kept on as part of the backroom staff.

Carrick won his first game in charge of United on Tuesday.

The Red Devils beat Villarreal 2-0 in Spain to qualify for the knockout stage of the Champions League.

But ahead of the match, it became clear some players are not convinced by the change United have made.

JUST IN: Chelsea may have stumbled upon accidental solution to Ben Chilwell injury nightmare

Castles says that has made it harder for Carrick to put his name in the hat for the job long term.

“Essentially the coaching team that Solskjaer had built and delegated much of the work to remains in place,” Castles said.

“So the feeling amongst senior players is, although Solskjaer’s been sacked, nothing has changed in terms of how the team is going to be run.

“So I think it’s a high hurdle for Carrick and McKenna to succeed, a higher hurdle than it would be in normal circumstances because they are very much associated with Solskjaer’s failure by a number of the players.”

Meanwhile, legendary former United midfielder Paul Scholes believes Carrick, McKenna and Phelan should have all left the club at the same time as Solskjaer.

Scholes said the trio had let the club down as much as Solskjaer did.

“Four weeks ago after that Liverpool game, that was the time, the time we knew Ole was going to go it was obvious,” he told BT Sport.

“So the people above needed to prepare the next manager and next batch of the staff.

“I’d almost be embarrassed to be on the staff right now, after what happened to Ole, they all should’ve gone.

“Whether they were sacked or went off their own back because they were part of Ole’s team.

“Ole trusted them each week to prepare and they’ve let the club and the players down just as much as Ole has.”