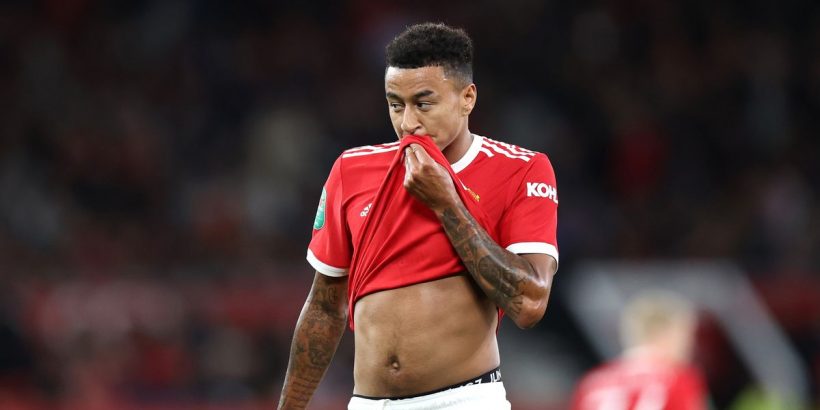 Manchester United will reportedly consider selling Jesse Lingard in the January transfer window for a knock-down price if he does not sign a new contract.

Lingard’s current United contract expires in June and there remains some uncertainty over his future at the club.

The 28-year-old midfielder has been a peripheral figure in Ole Gunnar Solskjaer’s side so far this season, making just one start and five substitute appearances.

He has scored two goals in the Premier League as well as providing the all-important assist for Cristiano Ronaldo’s goal in the 2-1 Champions League win over Villarreal.

But his status as an impact player, rather than a first-choice starter, is causing complications behind the scenes.

Lingard and his representatives are in talks over an extension to his contract andThe Sunreports that he has been offered fresh, improved terms worth around £135,000 per week.

The academy graduate is interested in staying, but wants assurances from Solskjaer that will get regular first-team action.

If Lingard chooses to delay his decision then United will be forced to consider selling him in the January transfer window, rather than lose him for nothing at the end of the season.

The report states a fee in the region of £15million could be on the cards in that eventuality – a significant decrease from the £25m valuation the club held in the summer.

Should Manchester United sell Jesse Lingard in January? Have your say in the comments section below.

United fielded interest from both West Ham United and Leicester City in the summer but decided to keep hold of Lingard.

Lingard impressed greatly while on loan with West Ham in the second half of last season, scoring nine goals in 16 Premier League games for David Moyes’ side.

It had initially looked likely that he would move permanently to the Hammers, but the east London side eventually opted to sign Nikola Vlasic from CSKA Moscow for a fee of £25.7m plus £7.7m in add-ons.

Lingard is currently away from United on international duty. He started England’s 5-0 win over Andorra on Saturday night and could be involved again in Tuesday’s World Cup qualifier against Hungary at Wembley.