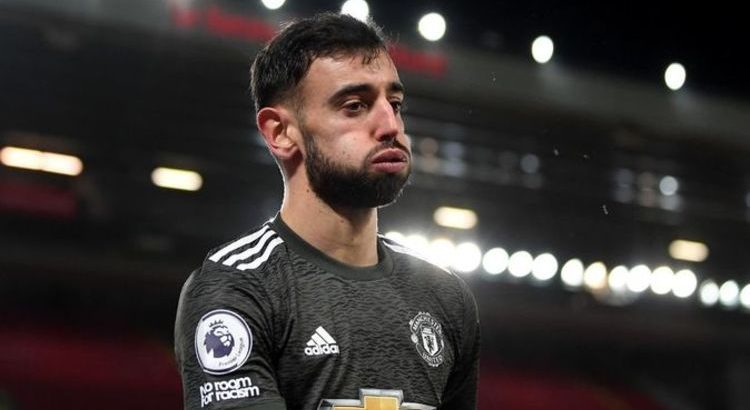 Bruno Fernandes claims the frustration he saw in the away dressing room after the 2-2 draw with Leicester at the King Power Stadium in December was a decisive moment in their pursuit of the Premier League title. The Red Devils are now four points clear at the top of the table as they take a break from league action this weekend to host Liverpool in the FA Cup.

United are currently unbeaten in 13 Premier League matches and have put themselves in genuine title contention in the past two months, erasing the disappointment of their early Champions League exit at the hands of RB Leipzig.

Liverpool’s recent slump has seen United soar to the summit, with Manchester City hot on their tail.

Ole Gunnar Solskjaer’s side were almost faultless over the festive period with the exception of the 2-2 draw at Leicester.

They were just a few minutes away from taking all three points in the Midlands before Jamie Vardy’s deflected striker found its way in. 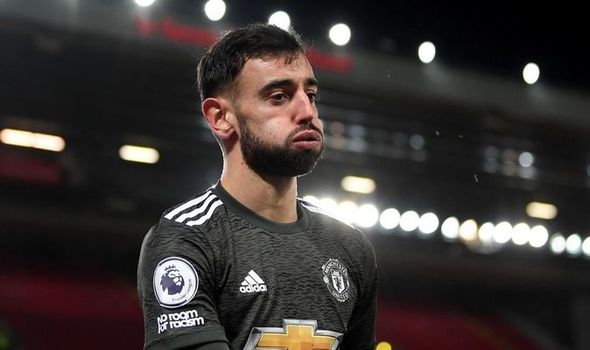 It was a moment that left its mark on the United squad, who realised that dropping points was no longer accepted in the dressing room.

Walking back into a difficult atmosphere after the match was something that has stuck with Fernandes and although the result was frustrating, he realised United now had the mentality of champions.

“After the Leicester game when we drew in the last minute, I was really happy to see the frustration on the team when I got to the dressing room,” he told Football Focus.

“It was the first time I saw a real frustration after drawing a game.

“When I arrived I could see that the team was growing up. Game by game, we started to do better and better.

“Now, almost one year after I arrived, I think we still have problems. You can see we concede a lot of goals in the beginning of games.”

United have since used the result and that feeling as motivation to drive them up the table.

The attacking midfielder has also taken the chance to defend Liverpool over their recent form, claiming that they haven’t got the results their performances deserve.

“I think teams have moments. I don’t think Liverpool are playing poorly. I think they don’t win and this is the point,” Fernandes said. 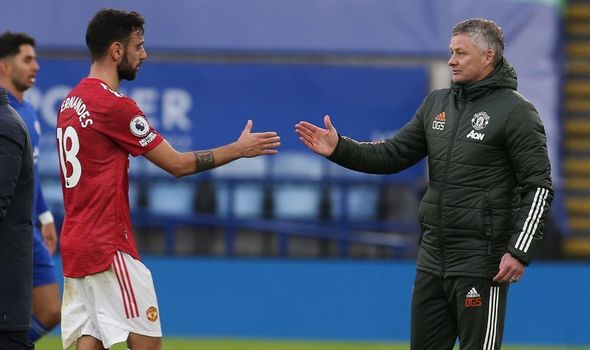 He also defended Mohamed Salah, Sadio Mane and Roberto Firmino over their form, after Liverpool failed to score in their fourth successive Premier League match on Thursday in the 1-0 defeat to Burnley.

“I feel that on me because I know the standard is high, because I arrived and I scored a lot of goals and make a lot of assists, and everyone is wanting goals and assists from me.

“It is the same – everyone expects goals from (Mohamed) Salah, from (Roberto) Firmino and from (Sadio) Mane. They are not scoring in the last games and it starts feeling like ‘oh, they are not playing well’.”