Manchester United star Bruno Fernandes has hailed Ole Gunnar Solskjaer, insisting he has an excellent relationship with his manager. The 26-year-old has been in sensational form ever since his January arrival from Sporting Lisbon. And he’s likely to be involved in the Red Devils’ Premier League showdown with Leicester on Boxing Day.

United thought about signing Fernandes during the summer transfer window of 2019 but, ultimately, opted to wait until January before bringing him to Old Trafford.

The 26-year-old has been in sensational form ever since, propelling the Red Devils to third in the Premier League table last term.

Fernandes has continued to deliver for United this season, scoring nine goals and registering five assists from 13 matches.

And, speaking to BT Sport ahead of the match against Leicester at the King Power Stadium, the playmaker praised Solskjaer for the faith shown in hi,.

“Straight away, when I arrived, the confidence the coach showed in me was impressive,” he said. 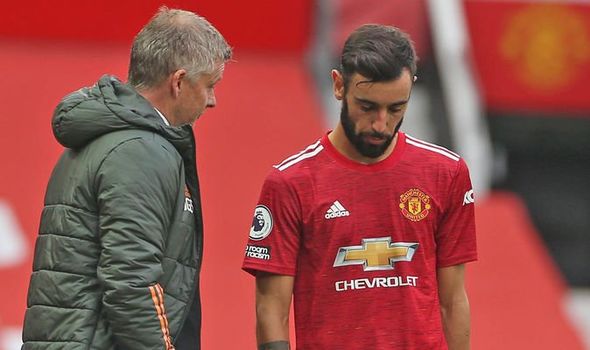 “Straight away, after two days, I was playing against Wolves. I’d only trained once with the team.

“So you need to understand that, from this moment, he’s trusting on you. You have to do something.

“It was the first and last chance to show I want to be part of this team. Things have started going well after that.”

United presenter and podcaster Sam Homewood has told Express Sport that rival clubs may feel they missed a trick by not signing Fernandes when they had the chance.

“I can’t think of a player ever arriving at a club – certainly in the Premier League – and having such an immediate impact,” he said. 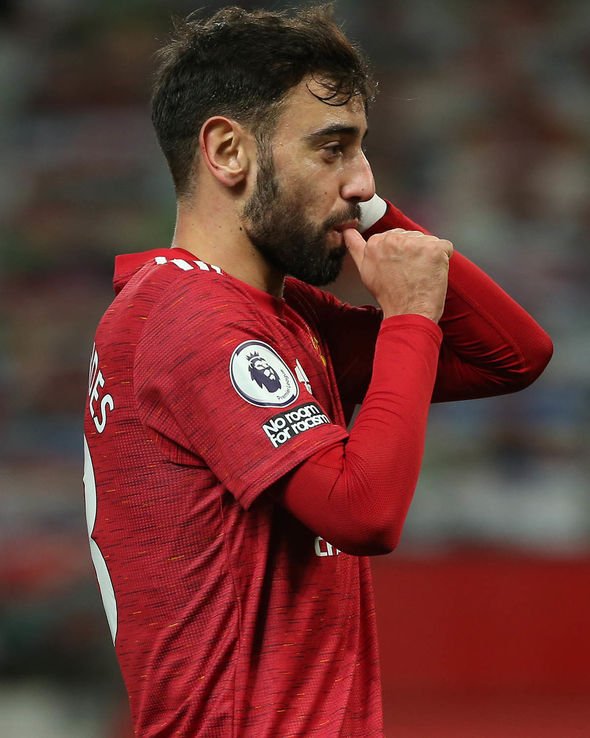 “Because you keeping thinking at some point it’s going to stop, but it’s every game he’s phenomenal.

“He just gets it and I think he loves it too.

“He’s such a selfless player. The number of assists he gets isn’t by accident, he’s constantly trying to set his team-mates up.

“He’s given a few penalties away to (Marcus) Rashford and (Anthony) Martial this season and that’s surprising because everybody wants to score goals – it’s not often you see a penalty taker happily give the ball away.

“He’s much more interested in setting up his team-mates than he is about scoring goals.”

“It’s extraordinary to me and presumably everybody in world football will be looking at him and thinking, ‘I’ve missed out there’.”

Fernandes could be involved against Leicester on Boxing Day.

The Portugal international scored a spot-kick in the 2-0 victory over Brendan Rodgers’ side on the final day of last season, securing Champions League football for United in the process.

And the Red Devils will be looking to keep up their sensational away form, with Solskjaer’s team yet to drop any points on the road this season.