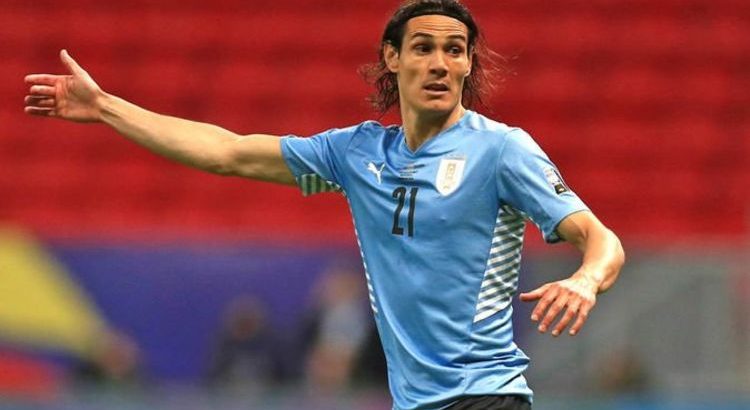 Manchester United striker Edinson Cavani would prefer to keep his No 7 shirt instead of giving it up for Jadon Sancho, reports say. The Uruguay international took the jersey upon arriving from Paris Saint-Germain in October. And he certainly did it justice, netting 17 times across all competitions last term.

Manchester United have finally got a deal for Sancho over the line. Well, barring a medical of course.

The England international has been on their radar ever since the summer transfer window of 2017, when Jose Mourinho tried to bring him to Old Trafford.

But after missing out that year, and in 2019 and 2020, they’ve finally managed to break Dortmund’s resolve.

Express Sport understands no decision on his shirt number has yet been made amid previous claims he’d take No 7 from Cavani.

And Four Four Two claim Cavani would prefer to keep the jersey at the current moment in time.

And Cavani did it justice last time out, recovering from a slow start to score 17 times – including in the Europa League final defeat to Villarreal.

Back in March, the 34-year-old told Ed Woodward he wanted to leave.

Yet he then performed a u-turn, deciding to stay at the club after being given more action up top.

Cavani starting most matches coincided with an injury to Anthony Martial that saw the France international miss the final few months of the campaign.

England have four heroes rise up in Denmark win

But he’s still expected to lead the line on weekly basis next term as United go in search of a first Premier League title since 2013, back when Sir Alex Ferguson was in charge.

With Sancho on board, the club will be hoping he can make an instant impact.

Especially given the way wing wizards have struggled at the club ever since Ferguson left eight years ago.

United thought they were onto a winner when they signed Angel Di Maria back in the summer transfer window of 2014, when Louis van Gaal was at the helm.

Yet the Argentina international spent just a year at Old Trafford before putting for Paris Saint-Germain, having struggled to settle in England.

Memphis Depay then touched down as his replacement.

But the Netherlands international lasted just 18 months before Mourinho cut him loose, choosing to flog the forward to Lyon in January 2017.

Yet the less said about the Chile international the better, especially given how he scored just five goals despite being on wages of £400,000-a-week.

With those players toiling, Cavani could have been forgiven for asking for a different shirt number instead.

But Solskjaer, speaking in December, revealed he’d actively demanded it upon joining.

“That was the first thing he asked me when I spoke to him, if he could wear the No 7,” he said.

“Obviously we are talking about the history of the shirt. When you think of the history of his career and the experience he has had, his personality from the chat I had with him and when I watched him before, it wasn’t in doubt that he could handle the No 7 shirt.

“He is so meticulous and professional. His habits and everything about him show why he has had the career he has.

“Even at the age he is now he is one of the fittest players we have got.”