Manchester United star Paul Pogba has claimed that fellow countryman and Premier League rival N’Golo Kante is a ‘cheat’. But the playmaker admits that there is a clear reason why everyone loves his more defensive midfield partner so much.

Pogba has opened up on his relationship with Chelsea stalwart Kante ahead of this summer’s Euros where they could potentially anchor the France midfield to glory together.

Pogba and Kante were both important parts of Didier Deschamps ‘Les Bleus’ side that won the World Cup in 2018.

However, other than the odd international break, for the last three years they have only really seen each other as opposing players for United and Chelsea.

It is clear that the pair have a close relationship through their time together with France, even if Kante is always using his “cunning” to cheat at games during their down time.

JUST IN: Chelsea lead transfer race for ‘the next Kevin De Bruyne’ 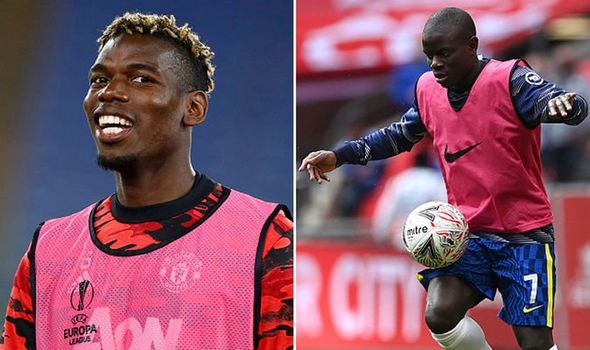 And Pogba believes that is because the Blues star has such lovable characteristics both on and off the pitch.

“He cheats a lot, a lot. At card games, board games,” Pogba told beIN Sports. “Honestly, I’m telling the truth. He cheats.

“He says he doesn’t cheat, but he does. He uses cunning. He’s a smart kid, N’Golo. But it’s okay. You have to love him. 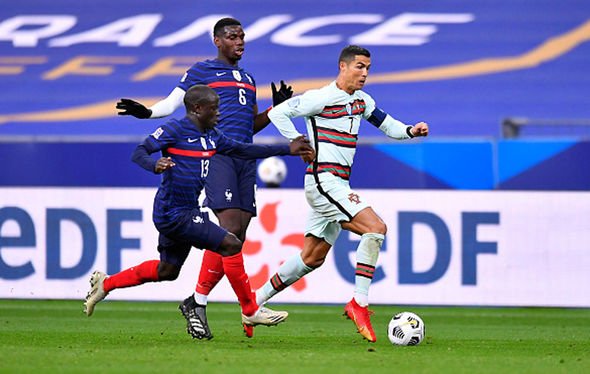 “He’s the most beloved player in the history of football. You’ve got to love him, you cannot hate him, it is not possible. He is humble, kind, professional. He will never complain, he will work.

“He’s got everything. He’s good technically, with a good passing quality, and he’s everywhere on the pitch.

“I even say he appears out of the ground! You don’t see him, and – poof – he’s out! He gets the ball, he has the finish. He’s everywhere.

“To have a player like that by your side, what more can you ask for?”

Kante was powerless to stop his former side Leicester winning Saturday’s FA Cup final though as a Youri Tielemans wonder strike proved to be the difference.

He can still, however, win an even bigger prize when Chelsea take on Manchester City in the Champions League final on May 29.