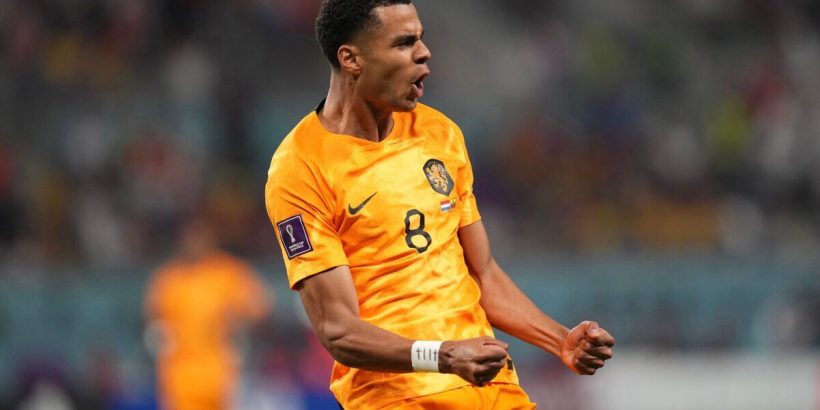 Rashford determined to take chance with England at World Cup

Manchester United transfer target Cody Gakpo believes he will remain at PSV in the January transfer window. The prolific forward has been linked with a move to the Premier League and has seen his reputation soar at the 2022 World Cup.

Gakpo has scored in both of Netherlands’ games at the tournament. The 23-year-old is building on the impressive form he has shown in the Eredivisie.

Some of Europe’s biggest clubs have expressed an interest in Gakpo, who has registered a remarkable 30 goals contributions in just 24 appearances for PSV this season. But the player says he expects to see out the remainder of the campaign with the Dutch side.

“Of course I like what they write about me, I don’t get shy about those messages. But football is a team sport. It’s not about one person. I would rather it be about us as a team than just about me,” Gakpo said when asked about media reports of a possible transfer.

“As it stands now, I will still play for PSV after the winter break. But as I said before the start of the World Cup: we’ll see what happens.”

Gakpo’s versatility is particularly attractive for clubs looking for a prolific and dynamic forward. He often plays on the left wing for PSV, but can also play as a centre forward.

The attacker has credited former United boss Louis van Gaal, who is in his third stint as the Netherlands boss, for helping him understand the game better.

“At PSV I am always a left winger. Here we play without a left winger. So it doesn’t really matter to me where I stand, as long as I play,” Gakpo continued to journalists.

“He’s trying to challenge me to become a better player. I am grateful to him for that. There are still plenty of things that could be done better. For example, I have to try to hold the ball longer in certain situations, so that the rest of the team can join in. The guys help me a lot.”

United expressed an interest in Gakpo in the summer but prioritised a move for former Ajax star Antony as Erik ten Hag wanted a left-footed forward. Leeds and Southampton both had offers rejected by PSV.

Both of those teams are likely to be priced out of a deal in a future transfer window, though, with Gakpo’s value likely to soar following the World Cup. United will rival Europe’s biggest clubs for Gakpo’s signature.