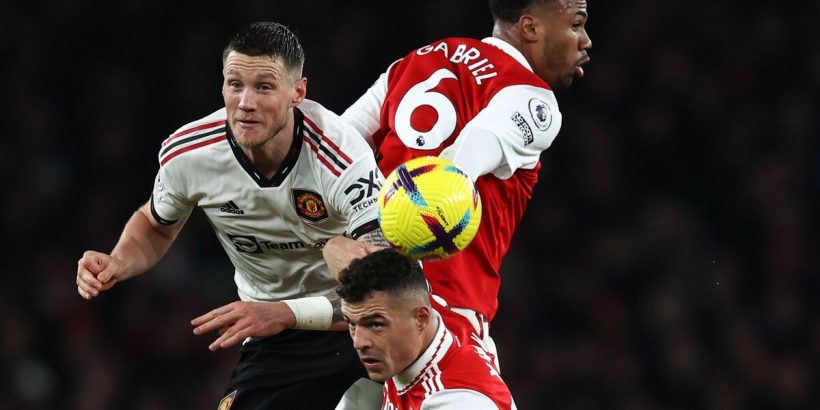 A two-legged semi-final against Nottingham Forest stands between Erik ten Hag and his first cup final as Manchester United boss. The Dutchman has overcome the Red Devils’ woeful start to his tenure with almost flying colours, with Sunday’s Premier League defeat by Arsenal a rare wobble.

Ten Hag will likely go with his strongest possible team for United’s trip to Forest on Wednesday evening, with no league action until February 4 – after the second leg at Old Trafford. But the 53-year-old has a couple of key selection decisions to make.

Wout Weghorst has failed to score in his first two games since signing on loan from Burnley. Ten Hag could refresh his front three for the game.

Despite signing Jack Butland as Martin Dubravka’s replacement as second-choice goalkeeper, Ten Hag will surely want David De Gea in goal for the semi-final. The Dutchman might err on the side of caution in terms of handing a goalkeeper a debut in a League Cup final-four tie.

Aaron Wan-Bissaka has plenty to prove following criticism of his role in two of Arsenal’s goals in Sunday’s 3-2 defeat by the Gunners. Diogo Dalot remains sidelined through injury, meaning Wan-Bissaka will start at right-back.

Ten Hag could be tempted to rest Raphael Varane given that the Frenchman returned almost immediately after the World Cup. Harry Maguire could step in for the former Real Madrid defender.

Lisandro Martinez will surely keep his place, while Luke Shaw has done enough to keep out Tyrell Malacia.

United have Casemiro back following the ban that kept him out of the Arsenal defeat. The Brazilian was sorely missed in midfield, with Scott McTominay not quite having the same effect just in front of the back four.

Christian Eriksen has settled into a deeper role well, forming an excellent partnership with Casemiro. Ten Hag will likely go with his strongest midfield trio, with Bruno Fernandes positioned slightly ahead of the aforementioned pair.

Ten Hag has his biggest decision to make in attack. Loan signing Weghorst has scarcely looked like scoring in his first two outings, drawing blanks against Crystal Palace and Arsenal.

Marcus Rashford could therefore be shifted into a more central role after he continued his run of eight goals in his last eight appearances at the Emirates Stadium. The impressive teenager Alejandro Garnacho could be brought into the team.