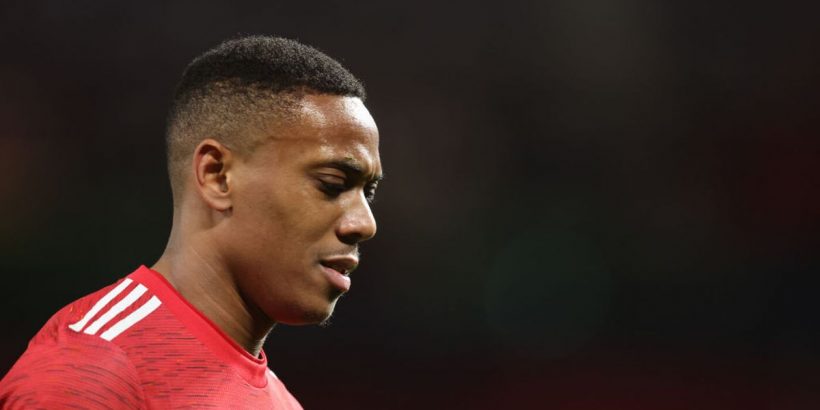 Liverpool legend Jamie Carragher believes Manchester United need to sign a centre-back and a striker this summer in order to challenge for the Premier League title next season.

United are currently second in the league table, but rivals Manchester City sit ten points above them and could clinch the title this weekend.

Carragher believes that Anthony Martial is not a good enough goalscorer to lead United to trophies, claiming the Red Devils "need a young Cavani".

Speaking on the Sky Sports Pitch to Post podcast, Carragher said: "I think they could maybe improve at centre-back but they need a young Cavani, basically.

"That's what the club needs. They've persisted with Anthony Martial as the striker for a couple of years. He's a good player, but I don't think he's a great player who'll take them to a Premier League or Champions League title, which is what they need.

"So two players at both ends of the pitch – a centre-back and a centre forward – and then I don't think they're that far away."

When asked about United's chances of winning the Premier League next season, Carragher added: "It would be a jump, of course it would be.

"But I actually think Man Utd get too much criticism for what they're doing right now. Man City are phenomenal… we're talking about a team who were on the verge of doing the quadruple and could still do a treble.

"Man Utd are 10 points behind but when you see the distance that some teams in second and third have been behind [the champions in the past], 10 points doesn't sound too bad to me.

"We're talking about a team who haven't lost away from home in the Premier League this season and I think they've only lost one game in their last 20 or so in all competitions – in the FA Cup at Leicester – they come from behind to win games, so I think there's a lot to be excited about.

"They'll need one or two players in the summer but that'll be the same for every team."

READ MORE: A Chelsea vs Man City European final would be ultimate sucker-punch for Florentino Perez