The Red Devils were seemingly close to securing the signing of Sancho earlier this summer but talks have gone cold.

United are also reportedly in the market for a defender, and have been linked with RB Leipzig’s Dayot Upamecano, though that deal is unlikely. 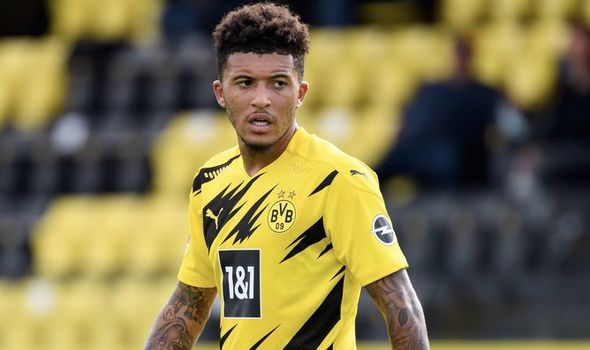 Elsewhere, United are said to be interested in Sevilla’s Sergio Reguilon, who is on loan from Real Madrid.

United have only signed one player this summer so far – Donny van de Beek from Ajax for £40m.

But in order for United to challenge Carragher’s Liverpool next season, the former England defender believes his former foes need Sancho and a defender.

Kepa Arrizabalaga claim made about Edouard Mendy as Chelsea move near

“If United can get Jadon Sancho and a good centre-back, they will be closer to Liverpool and City,” he told TeamTalk.

“But it is hard to see them getting in the mix for the title.”

Carragher also explained how United will benefit from having Bruno Fernandes in the side for a full season.

The midfielder signed from Sporting Lisbon in January and completely transformed Ole Gunnar Solskjaer’s side. 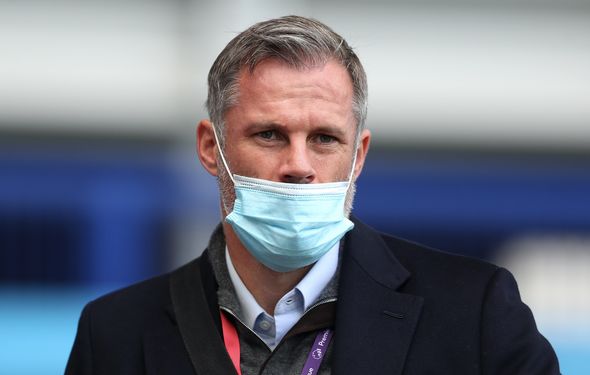 “Having Bruno Fernandes for a full season will give them a real chance to make improvements,” Carragher added.

“He has been a revelation since he has come in and as I said a few times about United last season, they were never as far away from being successful as it seemed when they were at their lowest moment.

“We are all guilty of saying a team that is struggling needs five or six players to be competitive.

“But Fernandes coming into United showed that the addition of one quality player can make a huge difference.”

United face a delayed start to the Premier League season because of their Europa League exploits last season, but will take on Crystal Palace upon their return.